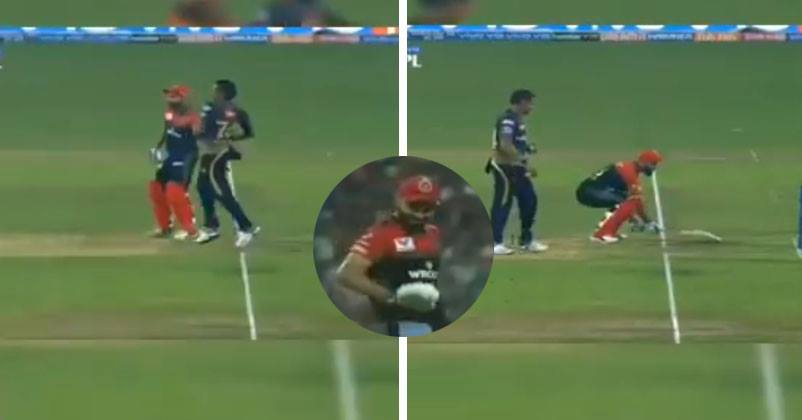 Virat Kohli has once again proved that he is rightly called the greatest of all times (GOAT) by his fans when he scored his first century of 2019 for which he faced 58 deliveries. The match was against Kolkata Knight Riders (KKR) and it was played at Eden Gardens on Friday. 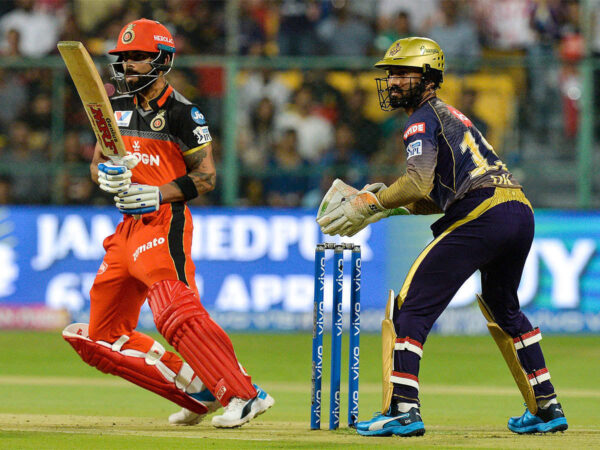 With the help of Kohli’s ton and Moeen Ali’s blistering knock of 66, Royal Challengers Bangalore  (RCB) put a huge score of 213/4 on the board. The KKR batsmen tried their best with Nitish Rana and Andre Russell scoring 85 (46) and 65 (25) respectively but the team fell short by just 10 runs and lost the match.

The RCB skipper who scored his fifth century of the IPL also did something while batting which brought smiles on the faces of everyone. During the 18th over when Marcus was on strike and Kohli was on the non-striker end, Sunil Narine who was bowling didn’t throw the ball and just ran through his follow-up. When Narine turned back, Virat crouched and put his bat in the crease as Narine was walking back. 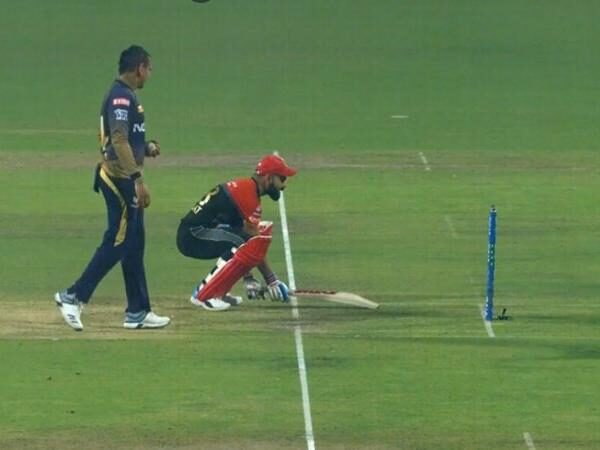 Everybody including the bowler, umpires and the fielders started laughing as the RCB skipper moved his hand in a manner to show that he was hinting at Mankading.

The controversy related to Mankading started when Kings XI Punjab (KXIP) skipper R Ashwin took the wicket of Rajasthan Royals (RR) batsman Jos Buttler. There were many who slammed Ashwin for this act as it may be legal to take a wicket like this as per the law but it is considered against the spirit of the game.

Well, what Ashwin did created controversy but what Kohli did made all of us laugh and he once won many hearts.

Two Women Cricketers From Australia & New Zealand Tied The Knot. Their Pics Are Very Romantic
Fans Of Virat Kohli Celebrated RCB’s Victory Over KKR By 10 Runs With The Most Hilarious Memes