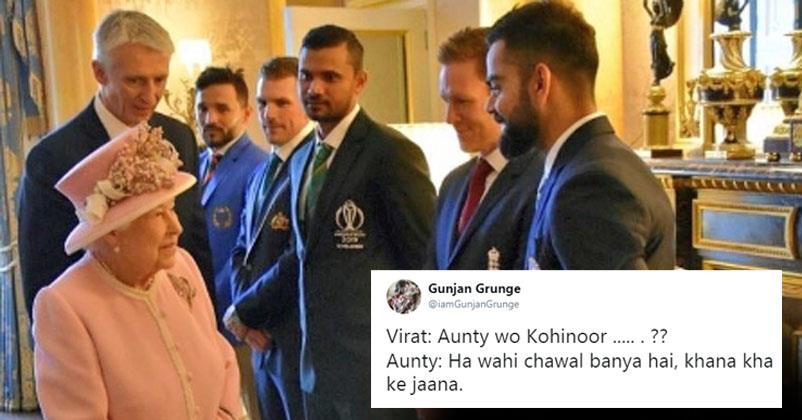 All is set for World Cup 2019 and the teams are all geared up for it. Ahead of the World Cup, the captains of all the teams were invited to the Buckingham Palace. The captains met the Queen and Prince Harry before the opening on Wednesday. The photos of this meeting were all over social media, but Indians only had eyes for Virat Kohli and Queen Elizabeth II.

One of the photos showed the Queen laughing with Virat Kohli and people got curious to know what their conversation must have been about!
Curiosity led to memes and jokes.

While the photo was turned into memes others could not stop joking about the Kohinoor diamond that was taken away from India and now is a part of the Crown jewels.

Did he ask her about the Kohinoor?

QUEEN: Abhinandan kesa hai ?
KOHLI: Sorry i am not supposed to tell you.. pic.twitter.com/IikYeOO5qm

Seems like the Indian team is all set on revenge.