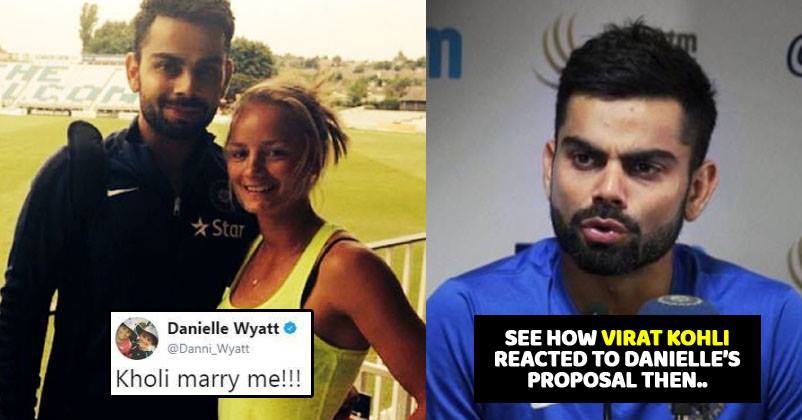 The English women cricket team is having a great time since they have won the Women’s’ World Cup last year in June. They lost the ODI series (1-2) and the historic day-night test match against Australia but won the T20 series by defeating the hosts by 2-1.

The T20 match played at Canberra was won by England because of the century scored by Danielle Wyatt for which she played only 56 deliveries.

If you remember, in 2014, Danielle took to Twitter and wrote, “Kholi marry me!!” after Virat played a dazzling knock of 72 runs in the second semi-finals of World Cup T20. 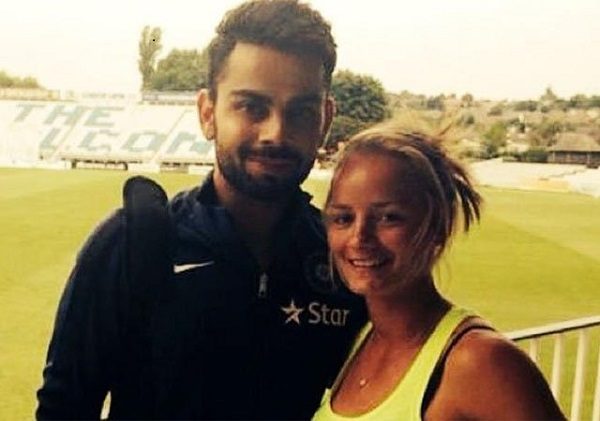 Danielle said this in an interview to ESPNcricinfo,

“Ten minutes later, I picked my phone up and I’ve got 1000s of favourites and retweets, it’s all over Indian news, they’re emailing my dad at home.”

Now the cricketers of England are gearing up to face India and Australia in a tri-series which will be played in March and Danielle has disclosed the secret of her success.

Her success secret is the bat which was given to her by Indian skipper Virat Kohli. This bat was gifted by Virat to Danielle when they met at Derby during the Indian team’s tour of England. Interestingly, the English cricketer calls the bat a “beast” and she is waiting to use this beast against Australia and India.

“The bat I hit the century with broke not long ago. So now I’ll be using Virat’s.”

Danielle’s century had a lot of importance not just for her but for her team as well because it was the first century in T20 by any England woman cricketer.

When Virat got married to Anushka Sharma, Danielle’s teammate Sarah Taylor took a funny dig at her by tweeting, “Should of got there quicker” to which Danielle replied “never mind” and laughed it off.

We are looking forward to the tri-series, are you?

Dhoni Shared IPL 2018 Anthem On Twitter & It Will Make You Super Excited. Twitterati Went Crazy
After All The Allegations From His Wife Hasin Jahan, Shami Gets Emotional. He Posted This Tweet