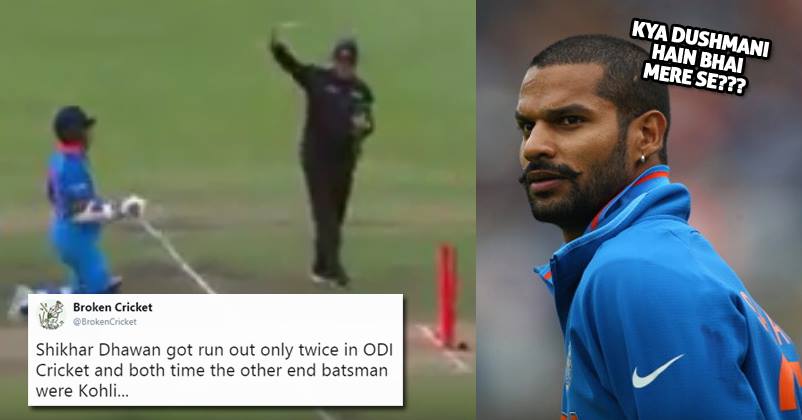 In the first ODI against South Africa in Durban, India displayed a great performance. South Africa batted first and scored 270 runs; India could chase the target with great ease & won the match by 6 wickets.

This victory became possible only due to Virat Kohli’s mind-blowing performance. He scored 112 runs & led India on the path of victory.

Even Shikhar Dhawan was well set on the pitch and had hit 6 fours in the innings; unfortunately, he got out due to Virat Kohli.

Yes, Dhawan got run-out in the most unexpected way & he was super pissed with Kohli. So, even though Kohli had given a wonderful performance, people are trolling him on Twitter.

Here’s the video of the run-out;

Have a look at some of the tweets;

There was never a run

Dhawan is not talking!

Dhawan is not talking to Kohli for the next two weeks.

Haha, how funny; what do you have to say on this?

Continue Reading
You may also like...
Related Topics:Kohli, Shikhar Dhawan