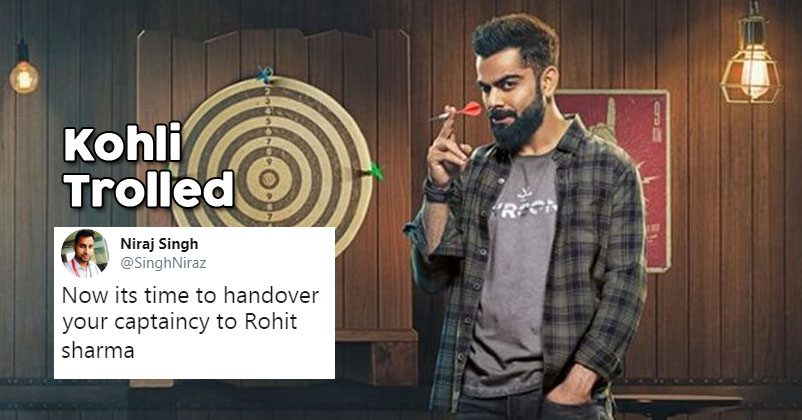 People had high expectations from the team since they had a clean journey to the semi-final. They dominated the series with only one loss against England. Desi’s were naturally devastated by India’s loss. But more than that, they were more angered by how the top 3 batsmen performed in that vital match. Virat Kohli, Rohit Sharma, and KL Rahul all got out before the team could make six runs in total. And this was quite disappointing.

Not only this, people were upset by Dhoni’s entry at the 7 number, if he would have come earlier to play he would have won. Desi’s were also upset by Virat’s captaincy and are demanding for Rohit to take over. Recently Virat posted a picture of him, casually dressed playing bull’s eye.

People made a lot of sarcastic remarks at his post, see here:

Now its time to handover your captaincy to Rohit sharma

Back to ur oriiginal profession – Modelling .

People seem to be upset by his captaincy.