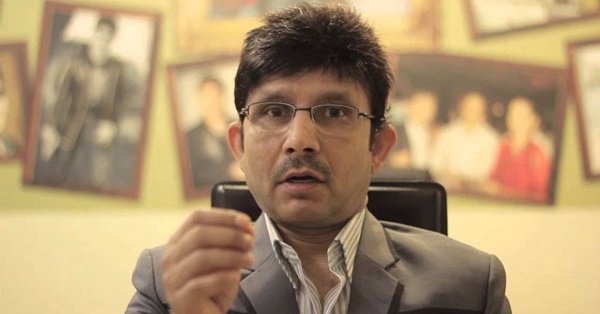 The terrorist David Coleman Headley who played an important role in 26/11 attacks has also made a revelation regarding Ishrat Jahan and it must have given sleepless night to many people who were crying on her death.

Ishrat Jahan was killed in a police encounter and many so-called secular politicians cried on her death calling her a victim of Narendra Modi’s enmity to Muslims. However, now it will be difficult for these secularists to justify their stand as terrorist David Headley has confirmed that Ishrat Jahan was a terrorist and she was a member of terrorist organization Lashkar-e-Taiba.

Many people took to Twitter to express their views and opinions on this issue and it was obvious that the self-proclaimed Superstar and Twitter activist Kamaal R Khan will also say something about the incident. KRK has claimed that BJP people are mentally disturbed as they are believing a person who himself is a terrorist and as usual he is getting responded by the Twiterrati.

This is what KRK tweeted:

@kamaalrkhan Farishta nahi it is one more proof that congiz lied for Ishrat..he disclosed this earlier too..

@kamaalrkhan first look at your self. Who are you? Just a joker.even a school student can talk better then you.लिखना तेरे बस का काम नहीं हैं

@kamaalrkhan Are you a BJP person then?

@srkiansKamalesh @kamaalrkhan so now time to leave India ….but pls take Amir srk and Salman with you

8 Famous Hollywood Celebrities And Their Love For Indian Tattoos
She Was Raped By 1,00,000 People In A Day & Still She Was Forced To Smile