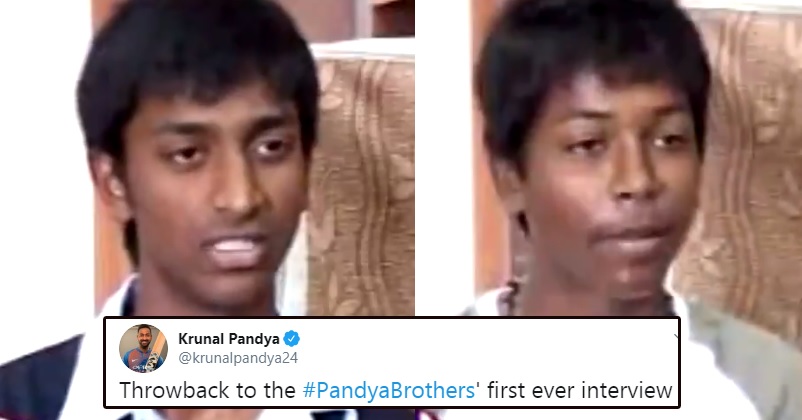 Pandya brothers have made their name in the cricket world with their hard work and determination. In fact, it won’t be wrong to say that in the present scenario, they are counted as two fine all-rounders of the game.

Krunal Pandya and Hardik Pandya had their ups and downs and recently, Krunal shared a video on the micro-blogging site Twitter in which he is seen giving an interview and expressing his desire to play for the country. The clip shows Krunal talking about playing for the Baroda Cricket Association and also about winning the Anand Premier League. The cricketer from Gujarat also talked about his dream of playing for Baroda in the domestic cricket and for the country as well. 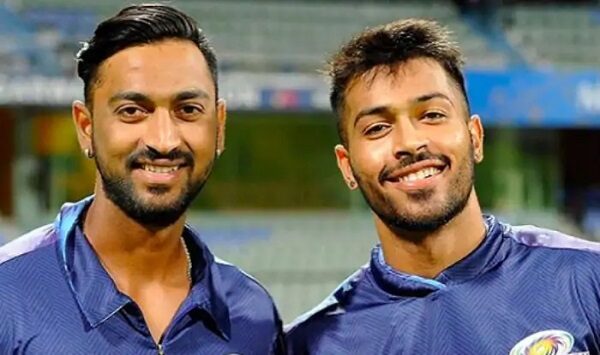 Hardik Pandya was also seen in the video and he also spoke about playing for Baroda and team India with his brother just like Yusuf Pathan and Irfan Pathan have played. While sharing the video on Twitter, Krunal gave a message to the youngsters that if they two can make it big in life, anyone can, they just need to work hard to fulfill their dreams.

Krunal wrote the caption, “Throwback to the #PandyaBrothers’ first ever interview Just young kids with big dreams If we can make it, anyone can. Just work hard to achieve your dreams @hardikpandya7”

Throwback to the #PandyaBrothers' first ever interview 😄 Just young kids with big dreams 😊 If we can make it, anyone can. Just work hard to achieve your dreams 🇮🇳 @hardikpandya7 pic.twitter.com/F66ucAdHVQ

Soon the video was noticed by Hardik Pandya and he responded with, “This is gold my bro to see now”.

Some time ago, Hardik took out time to meet some young aspiring cricketers from Baroda and motivated them to play for the country. He told them that at least 10 of them should be playing for the country in the next 10 years time along with him otherwise he would be disappointed.

Both the brothers play for Mumbai Indians (MI) in the IPL, MI is the most successful IPL team as it has won the IPL titles four times since the inauguration of the league in 2008. However, the IPL 2020 has been postponed by BCCI due to the coronavirus pandemic but now it may organize the tournament in Sept-Oct.