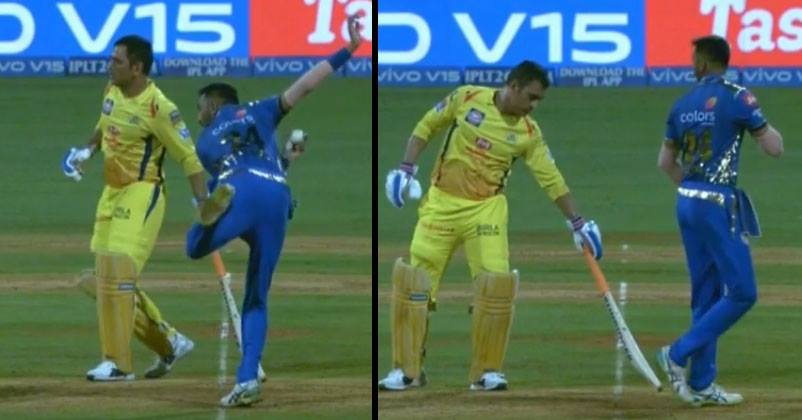 MS Dhoni is one of the most talented and intelligent cricketers that the world cricket has ever had and there is a perception among his fans that he never makes mistakes. Well, this perception grew stronger in the IPL match which was played yesterday (April 3) between Chennai Super Kings (CSK) and Mumbai Indians (MI) at Wankhede stadium, Mumbai.

In the MIvsKXIP match, Mumbai player Krunal Pandya got a chance to mankad the Punjab batsman Mayank Agarwal but the former gave a warning and didn’t remove the bails which made him earn a lot of respect from the fans.

However, there was a moment in the Mumbai and Chennai match where it appeared as if Krunal might try to mankad Dhoni but the former skipper was well inside the crease. It was the fourth delivery of the 14th over when Krunal took the run-up, did the bowling action but did not release the ball and turned back. 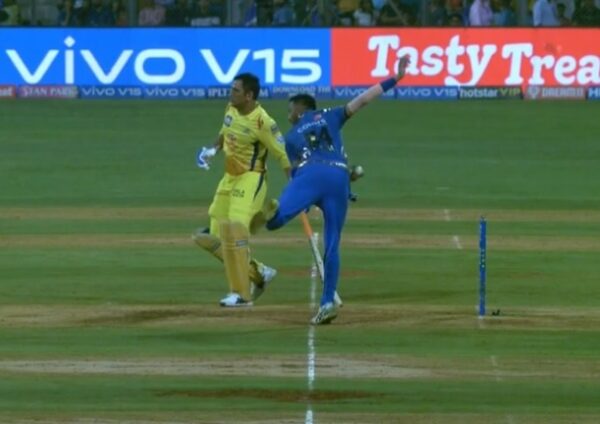 Mahi was at the non-striker end and was looking towards the batsman as he expected Krunal to bowl but he did not pull his bat up from the crease and this shows how alert he is.

Well, Dhoni’s team might have lost but his fans were once again left awestruck with his ability to tackle unexpected situations.

IPL 2019 will definitely be remembered for the mankading incident that took place in the match between Rajasthan Royals (RR) and Kings XI Punjab (KXIP). If you are an avid sports lover, you must be knowing that the skipper of Punjab R Ashwin mankaded the RR batsman Jos Buttler and the former was badly slammed not just by cricket fans but many former cricketers as well for this act.

BCCI Ombudsman Sent A Notice Of Deposition To Pandya & Rahul. Finally An Action To Be Taken?
Matthew Hayden Wears A Lungi, Goes For Street Shopping In Chennai And Bargains With Vendor