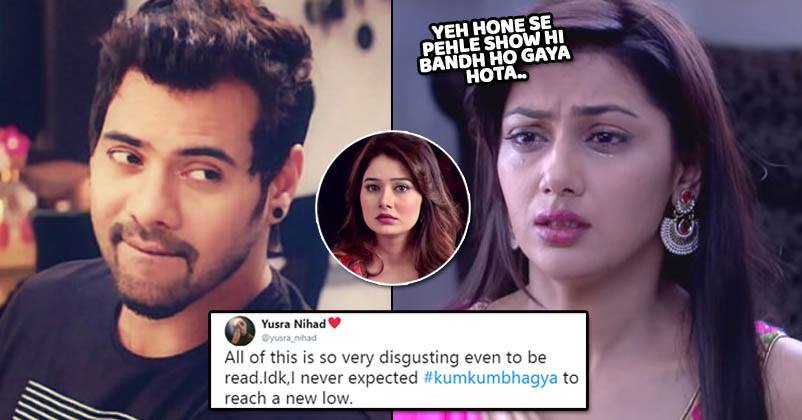 Kumkum Bhagya on Zee TV is one of the most loved and watched serials with a huge viewership. However, the show is all set to take a leap of 8 years and its fans are pretty angry with the makers due to recent developments.

Subsequent to the leap, male protagonist Abhi (Shabir Ahluwalia) will be shown parting ways with the female protagonist Pragya (Sriti Jha) and having a special place for Tanu (Leena Jumani) who has been the root cause of troubles in the show till now. 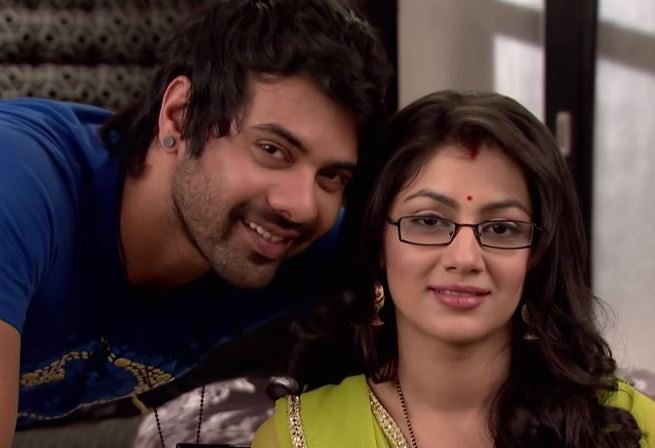 Abhi thinks that Pragya is unlucky for him and holds her responsible for the death of Daadi after which they get separated. Undeniably, viewers wanted to see Abhi and Pragya together and this sudden twist is unacceptable on their part. They are annoyed to see this constant loop of separation and reunion that has been going on for the last 4 years and now irked fans are demanding the makers to end the show.

The furious fans took to Twitter where they called Abhi a ‘spineless husband’ for being so rude to Pragya and slammed him, Tanu as well as makers in harsh words. #EndKKBSoon trended on Twitter and particularly female fans lashed out at the scriptwriters for recent changes in the story. Check out some selected tweets:

Makers mocked the concept of love, marriage, trust and loyalty:

Abhi demolished all the values.He made fun of women, he took all our beliefs.What a woman wants in life. Love, marriage, loyalty, trust and children.. You mocked the concept of marriage,love,trust,loyalty.I have no other word from you after that😢😢#kumkumbhagya#RIPKumkumbhagya

After all these 4 yrs I feel that the kumkum referring in #KumkumBhagya is that bitch Tanu's.. See after so much pain drama n separation finally they r one now ..n as it reached its climax.. can they end this crap show soon *Slowclaps 🤢🤢🤢#EndKKBSoon

Every goddamn worst things happend in Abhi's life was because of Tanu and Aliya.

And now they are the one who are living a happy life???

And Pragya?? The one who sacrificed everything to save him from them has to live a sad life without her familyyy??? #kumkumbhagya

When will they put an end to Pragya’s sufferings?

I don't remember Abhi giving a single penny worth gift to Pragya in 4yrs (Except for the ring on push by Bulbul) and now this jerk is giving diamond set to his bitch..n saying the best thing happnd in his like..my bloody foot 😡😡both deserve each other perfectly #KumkumBhagya

Users asked Tanu if she has only one percent of self-respect and shame:

We know you don't have even a single percent of self respect and shame, still i am asking don't you really feel ashamed to ruin the show ? @leena_real @sritianne @SHABIRAHLUWALIA please quit this fucking leena obsessed show #endkkbsoon @ZeeTV @ektaravikapoor

Now even I don't want a abhigya reunion anymore #endkkbsoon 😭😭 never have I thought I would be saying this but this is the truth.. @sritianne @ektaravikapoor @directornitin please #endkkbsoon plz no need to continue kkb🙂😭😠😭u guys please focus on kdb it's more important

Regret for watching the show:

All set to spend another sleepless night! Those eyes will haunt to the death! 😭😭😭😭 Oh! God! How can this world be so cruel???? 😭😭😭😭😭 This is hearth wrenching! 💔💔💔 #KumkumBhagya
Pls let her live now! 🙇🙏 pic.twitter.com/A7FbU08Nqt

It’s clearly evident that fans are displeased with the marriage of Abhi and Tanu; however at the same time, they are curious for the entry of Mishal Raheja to see what new twists he brings in the show.

What is your opinion about the leap and the latest twist? Let us know.