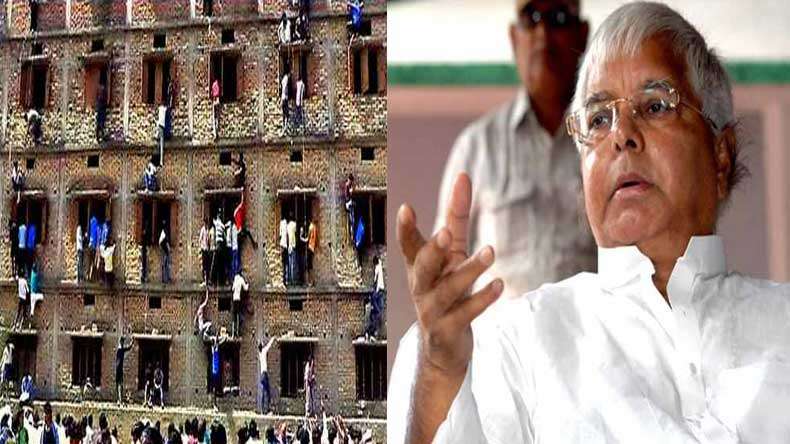 The news of mass cheating openly and shamelessly in matric exams in the state of Bihar has shocked the country and compelled people to think about the standard of education in India. Not only this, it has invited criticism of people from all through the nation. But what’s more disgraceful is that Lalu Prasad, RJD President is in favor of it and brazenly says that he would have permitted students for copying all answers right from the book if he had been the CM of Bihar.

On Sunday, the RJD chief uttered these words after he inaugurated a school in Buxar, “Had it been my government we would have given books to examinees to write…only those who have read could write answers from books and for those who have not exam duration of three hours would end and they would still be searching for answers.”

He also added, “While parents were trying to sneak inside, policemen have been shown sleeping.”

Not only this, Lalu condemned the explanation of P.K. Shahi, State Education Minister who made a remark regarding the matter saying only State govt. would be unable to assess or keep a check on cheating during exams.

As recited by Sushil Modi, “Open book system in examination is prevalent in prominent universities in America and elsewhere in the world. It has the logic that only student who has read the book could trace the answer.”

According to him, “While Chief Minister Nitish Kumar is trying to highlight glory of the State through function on the occasion of ‘Bihar Divas’, visuals of cheating in examination has piled shame on the State from across the world…its enough to show the truth of ‘sushasan’ [good governance] in a short spell of one month of Kumar in office.”

An Athlete Who Wins Gold Medal Does Not Get Noticed While We Have All The Updates From Cricket – Is India All About Cricket?
Beware Before The Entering Trial Room, Mobile Phone Might Be Set On Video Mode