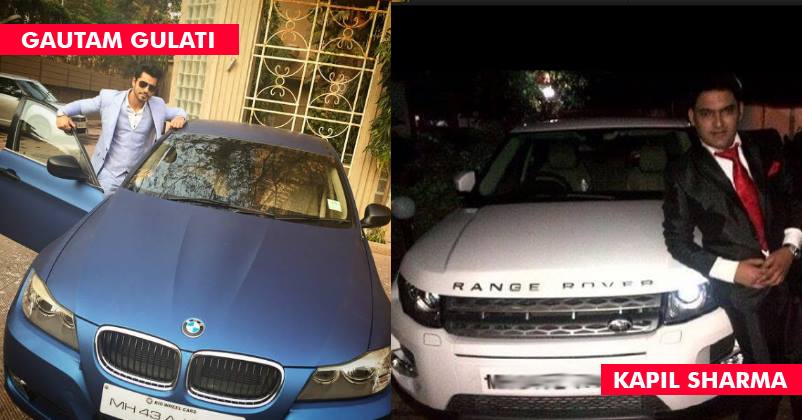 From Kapil Sharma to Gautam Gulati, your favorite TV celebs own fabulous cars that will definitely drive you crazy and you’ll end up craving for many from this list! The king of comedy is undoubtedly among the highest paid TV actors and there’s no surprise that he drives a lavish SUV Range Rover Evoque priced between Rs 55.28 and 95.53 lakh. As per Kapil, this is the costliest car that he has ever had. Bigg Boss season 8 winner, Gautam Gulati is the latest sensation and a heartthrob who was last seen in his Bollywood debut flick “Azhar”! The actor boasts a swanky BMW, giving girls another reason to go crazy for him! Apart from his career, Kushal Tandon made headlines for his alleged affair with Gauhar Khan. Well, not only his love life but also car selection is awesome as the actor owns BMW, Audi and Mercedes. One of the greatest anchors of the television industry, Manish Paul boasts an Audi Q5 priced between Rs 47 and 60 lakh. Rithvik Dhanjani is a multi-talented star and owns Renault Duster worth between Rs 7.74 and 11.79 lakh; however, he wants to buy an Audi R8. Bharti Singh is perhaps the most popular female Indian comedian and has an Audi Q5 along with a black Mercedes. Karan Wahi owns a black BMW 5 Series priced between Rs 50 and 91.81 lakh but his love is Ford Mustand GT. Sunil Grover needs no introduction as the comedian has gained immense popularity and the nation loves to watch more and more of him. As of cars, he likes classic white color and has a BMW 5 series. Upen Patel who has mostly made headlines for his affair with Karishma Tanna and then the alleged breakup rather than his professional life boasts a blue BMW. Ronit Roy is a very popular face of the television world and has worked in a number of shows. The talented star owns a yellow Audi R8 priced above Rs 2 crores along with a white Audi Q7 worth Rs 85 lakh. The famous actress who has made headlines for both her professional and personal lives has a BMW. Rahul Mahajan seems to have an expensive taste when it comes to cars. Here you can see him posing with Yellow Porsche! Ram Kapoor doesn’t need any introduction at all as the actor was seen in a few Bollywood films too apart from his popular show “Bade Achhe Lagte Hain”. Well, he seems to have a great choice in terms of cars, as he has a Porsche as well as a BMW.

Which of these do you like the most or want to own? Let us know your views in the comments section below.

1st Day Collections Are Out! Rustom Plays Magic & Disappoints Hrithik Badly!
10 Facts That You Must Know About ACP Pradyuman!