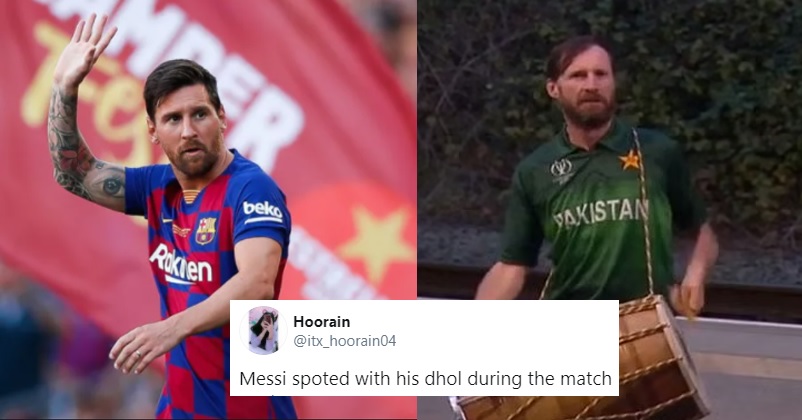 The Pakistani cricket team managed to draw the 3-match T20I series by 1-1 after defeating England in the final T20I match which was played at the Old Trafford Cricket Ground, Greater Manchester, England. Batting first, the visitors put up a huge total of 190/4 on the scoreboard with the help of some brilliant innings of Mohammad Hafeez (86 not out) and Haider Ali (54). The hosts tried their level best to chase the target of 191 but fell short by 5 runs and the England team was able to score only 185 runs for 8 wickets in the stipulated 20 overs. Moeen Ali was the top scorer for England as he scored 61 runs for which he played 33 deliveries. Mohammed Hafeez not only won the Man of the Match award but he also emerged as the Man of the Series. 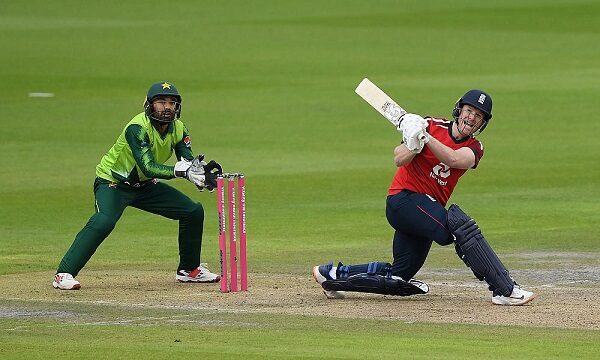 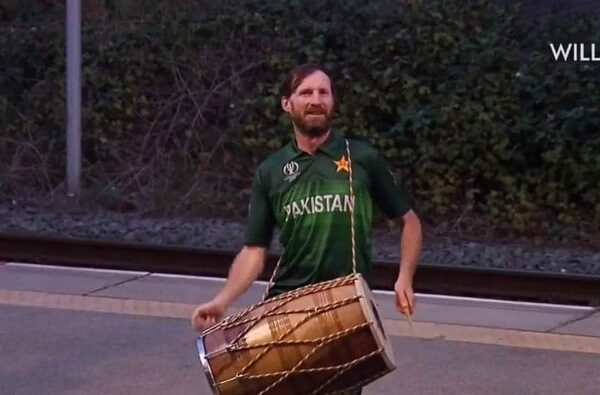 Twitterati soon got into action after this image went viral and started wondering over the man’s strikingly similar features with that of Lionel Messi:

not only has leo messi already reached manchester, he is fittingly playing the dhol celebrating an athlete greater than him. #imad pic.twitter.com/X7r6OEpcmv

For a moment i thought messi dhol baja raha 😭😂😭😂😭

Messi spoted with his dhol during the match #PakvsEng #Pakistan pic.twitter.com/WObr1n4A2j

Am I the only one who thinks that this “DHOL WALA” resembles with Messi??

Lionel Messi has been in news for quite some time as he is quitting from Barcelona, the club with which he was associated for almost 20 years. As per the reports, the star footballer has now signed a 5-year deal worth £623million for joining the Manchester City. With this deal, the footballer has become the highest paid athlete in the history of the game.

Though a close look revealed that the person playing the dhol is not Messi, tell us frankly whether you got confused initially?

Hardik Pandya & Surya Kumar Yadav’s Instagram Banter After Mumbai Indians’ Training Is Too Funny
“It’s A Shoe & A Place That Nobody Can Fill In Indian Cricket,” Says KL Rahul On Replacing Dhoni