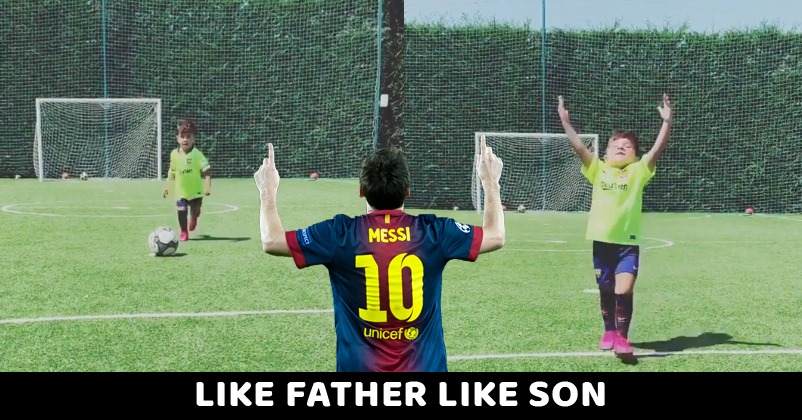 Lionel Messi is one of the most famous and loved footballers of the present era and he is often touted as the greatest of all time (GOAT) by his fans. There is no doubt that luck is working in his favour as he is having a great time in professional front plus he has a lovely family which is undoubtedly his major strength.

What’s more, Messi can be happy about one more thing and that is about his son who seems to follow his father’s footsteps. Messi’s wife Antonela Roccuzzo has posted a video on Instagram in which their son Mateo is seen scoring a goal and then celebrating it like his father.

The caption that Antonela wrote in Spanish meant, “Happy Birthday my love. Just wish you to be happy all your life and never stop being that cute character that makes our lives happy.” 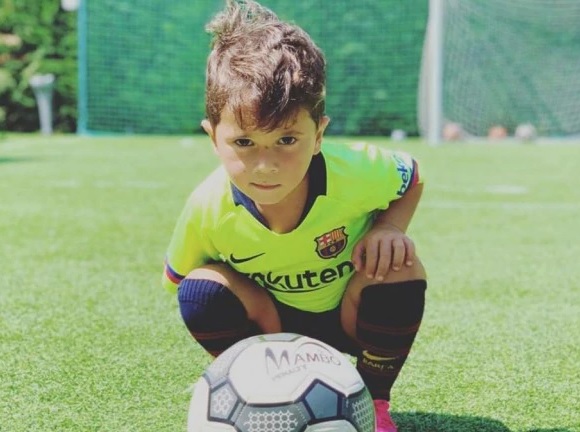 Swipe right to watch the video and we are sure that you will fall in love with the cuteness of this 4 years old boy:

Well, Lionel Messi certainly has a strong competition from the Portuguese footballer Cristiano Ronaldo. The rivalry that we have seen between these two legendary players can soon turn into friendship as recently at an event, Cristiano Ronaldo said that he would like to have dinner with Lionel Messi some time and Messi also said that he would accept the invitation if he gets one. There is no doubt that they both respect each other a lot because it is the competition between them that has pushed them to become a better player. Agree?

Messi is back in the Barcelona training camp as now he is focussing on the Champions League.

How did you find the style of Messi’s son? Let us know.

Gulbadin Naib Responds Strongly After Mohammad Nabi Took A Jibe At Him
Ravi Shastri Shared Pic Having Coffee With Dhawan, Twitter Trolled Him Saying It Must Be Alcohol