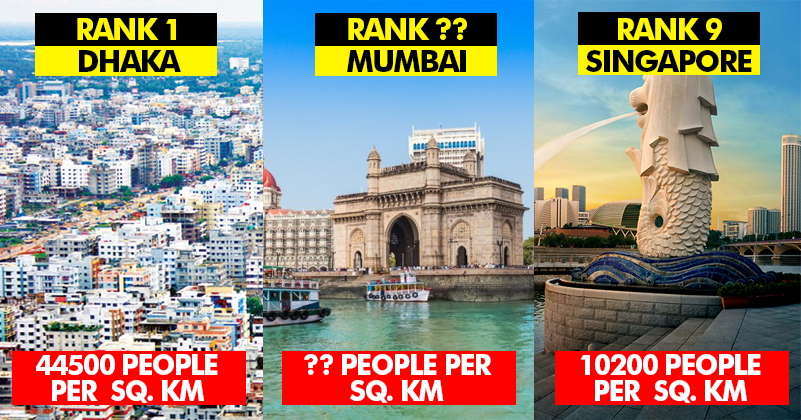 Mumbai is the city of dreams. The city is populated by humans who never sleep, and dream while working both day and night. The spirit of Mumbai is unbeatable so much so that thousands of people come to the city everyday. Our Non-Mumbai readers might not be able to understand it but there are many reasons why Mumbai is so crowded and the above stated are just a few of them.

And for the ones who don’t know about the level of crowd in Mumbai, well it’s just been confirmed by World Economic Forum (WEF) that it is World’s 2nd Most Densely Populated city after Dhaka.

But this not the only crowded city in India and Rajasthan’s Kota is on number 7 in the list with a population of 12,100 people per sq km. Kota’s mayor, Mahesh Vijayvargiya tells Hindustan Times –

“More Than 1.25 lakh students along with their parents reside in the city while the agricultural community living in rural areas also migrates to Kota for work which makes city densely populated.” Are you a Mumbaikar or have ever come to the city? Share your experience of Being in Mumbai with us.