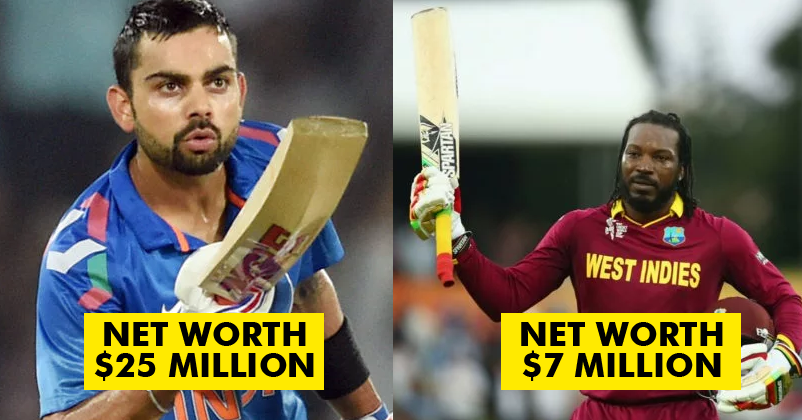 Sachin Tendulkar, mostly regarded as the God Of Cricket, is still comfortably amongst the richest cricketers in the world, even after retiring years ago. Cricket is not a global game so far and thus cricketers usually don’t feature in the list of richest athletes in the world which is mostly dominated by footballers. However, former Indian captain MS Dhoni broke that trend too by constantly getting featured in the list of richest athletes. Virat Kohli, the new Indian captain and the latest heartthrob is not far behind either. The other three Indian players to feature in the list include Yuvraj, Gambhir and Rohit Sharma. The list considers the total net worth of players and not their current income. This is how the full list looks like. Gautam Gambhir Blasts Radio Stations Over Patriotism! Here’s What Radio Mirchi Replied!
Kohli’s Mouth-Shutting Reply On Journo’s Question About His Form As An Opener Is Mind-Blowing