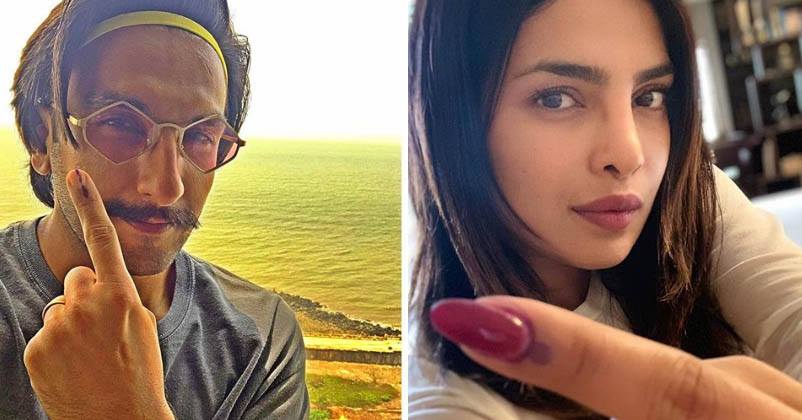 As the Assembly election poll is held in Mumbai today. Bollywood celebrities went out to cast their votes and even encouraged their fans to step out and cast their votes for the better future of the Nation rather than spending the day as another public holiday.

The initiative taken by the celebrities is to encourage the youth to cast their vote rather than shrugging the shoulders regardless of being eligible to cast the vote and to make them realize the importance of the election, also about the responsibility of the citizens.

Don’t be a fool, go vote & be cool… every vote counts… #mumbaikarvotekar #bepartofthechange


Veteran actor Rishi Kapoor who is currently in the United States of America (USA)has been trying to reach out to the Indian Consulate in New York to help the actor cast his vote.

Bollywood’s newcomer Ananya Pandey who is not eligible to vote this year has even asked her fans with the voting rights to cast their vote.

Please step out and vote! Express your right and be the change!!!

This is the moment that matters…. Every vote is a voice that counts. #LokSabhaElections2019

VOTE!!! Because it’s the most empowering thing you can do as a citizen. It is our fundamental right and responsibility 🇮🇳 #JaiHind #VoteIndia #LokSabha2019 photo by @mayur_mono

If you didn’t cast your vote yet, please step out and visit your election booth to cast the vote, which is your right!

Avengers Endgame Has Created History With It’s Weekend Collection
Avengers : Endgame 4th Day Collection Is Out, It Is All Set To Smash The 200 Crore Club