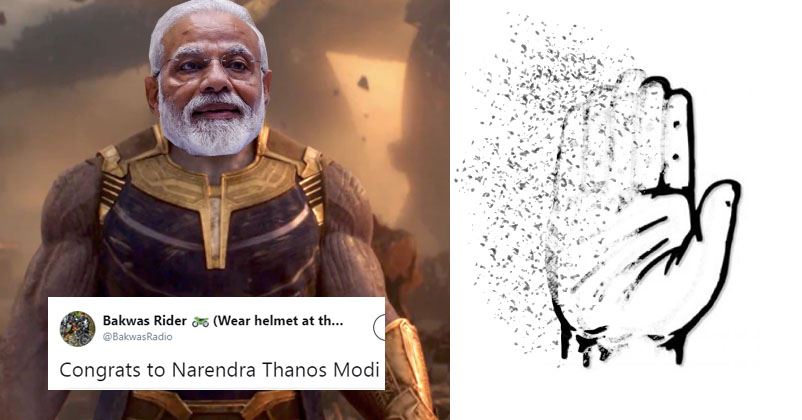 Bharatiya Janta Party is leading by crossing the halfway mark on its own steam, the vote counting is still in progress but with BJP crossing the 200 marks the final result of LOK SABHA ELECTION 2019 is already out.

The election was held on 542 seats out of 543 LOK SABHA seats. However, a party or alliance needs at least 272 seats to form a government. The 17th Lok Sabha election results were announced with Bhartiya Janta Party with 300+ seats emerged as the winner of the Lok Sabha election.

The netizens were screaming about the magnicifent victory of Narendra Modi. Game of Thrones, Avengers: Endgame no one spared from the Indian election meme market. Twitter is flooded with hilarious memes and trolls.

#TNRejectsBJP#ElectionResults2019
You may know us,but you have no Idea who we are….
தமிழ்நாடு the name says everything. pic.twitter.com/cJn8iYgGZn

Here Is Why, Now The CRPF Jawans Are Also Banned From Playing PUBG
Netflix And Hotstar Get Into An Argument, Their Fight On Twitter Is The Best Thing You Will See Today