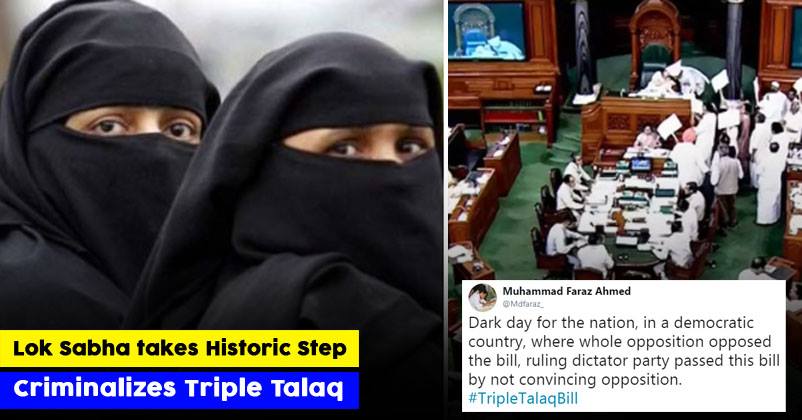 A historic decision regarding the Triple Talaq was made today as Lok Sabha passed the bill criminalising the practice. The bill received great favour as only 11 opposed it and 245 voted in the favour. 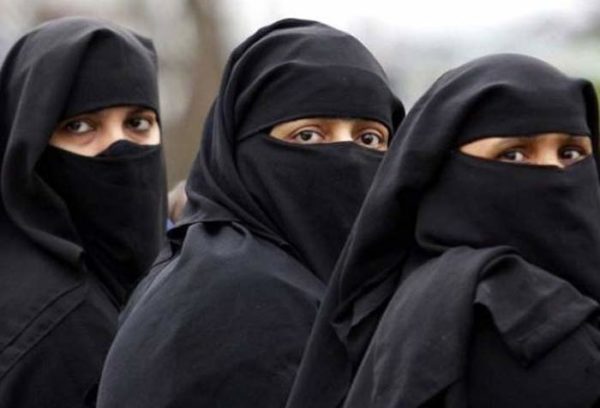 The govt completely rejected the demand of the opposition to refer the bill to a joint select committee making them walk out.

The bill will now go to Rajya Sabha for approval but meanwhile, it’s highly trending on Twitter getting hundreds of reactions in every few minutes. There are a few people speaking against it but most of the netizens are calling it a progressive act.

#TripleTalaqbill that the government is igniting the tyranny in the political discourse,@asadowaisi mentioned Bentham and Montesquieu to make it more rational,it is step to traumatize the minorities especially Muslims in the country. This also ignores constitutionalism .2/4 pic.twitter.com/3y7EmzwECQ

Dark day for the nation, in a democratic country, where whole opposition opposed the bill, ruling dictator party passed this bill by not convincing opposition. #TripleTalaqBill

I support bjp on #TripleTalaqBill

There is no religion above than women. If it is then it's not a religion! So be clear about the rights of women except the facts of religions. #TripleTalaqBill https://t.co/4DHJd3USrS

One of the most intense debates I have seen in recent times. At the end historic triple talaq bill is passed, which will benefit millions of Muslim women.#TripleTalaqbill #PMModi #NewBeginning

#TripleTalaqBill
This is a historic step ensuring equality and dignity for the Muslim women. Congress and other parties must apologise for decades of injustice towards Muslim women.

The worst a government could do is fiddle into issues which require expertise, in-depth knowledge & cultural sensitivity, and in absence of that, all it did was invited more trouble, mistaking it to a huge favor #TripleTalaqBill #playingwithfire

Do you support Triple Talaq or support government for criminalizing this practice?

Continue Reading
You may also like...
Related Topics:Triple Talaq

IndiGo Has Been Declared The Worst Performing Airlines For Not Responding To Customer Complaints
Modi Has Made 48 Foreign Trips Since 2014, This Is How Much It Has Cost The Government