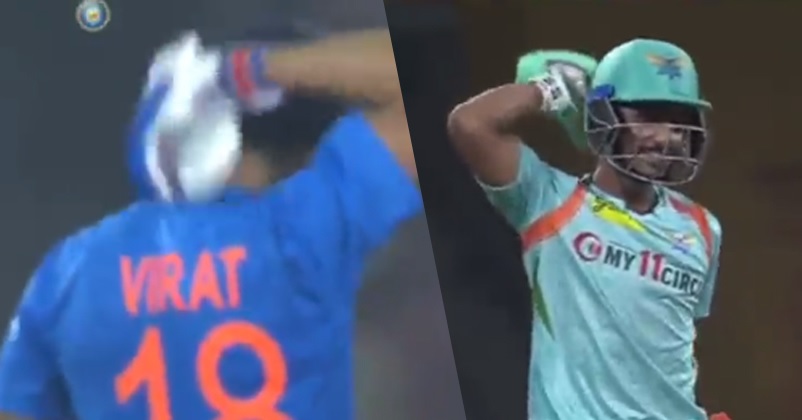 The Indian Premier League, one of the biggest sporting events of the world, is known for giving youngsters a platform to showcase their talent and it won’t be wrong to say that many Indian cricketers have made it to the national team because of their performances in the IPL. 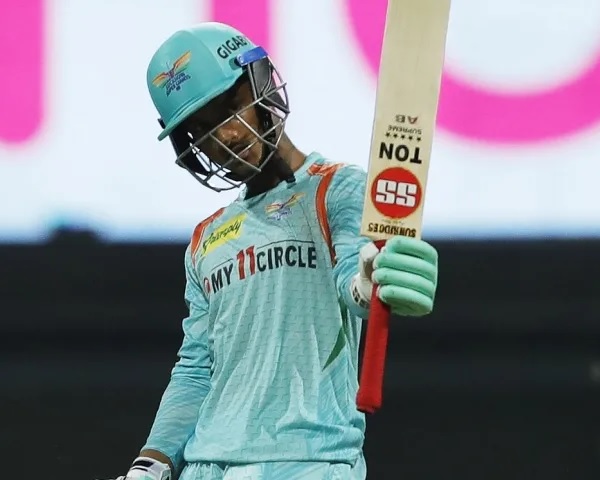 Ayush Badoni, the 22 years old Indian cricketer who is a part of the new IPL team Lucknow Super Giants, has become a household name in India because of his fearless style of batting and he is being considered as the next big thing in the Indian cricket. Ayush Badoni has played an important role for his team LSG which has won 3 matches out of 4 that it has played and is at the second position in the points table.

In the IPL match which was played yesterday between LSG and Delhi Capitals, Ayush Badoni may have played just 3 deliveries and scored 10 runs but his celebration style after hitting the winning six has once again made him the talk of the town. 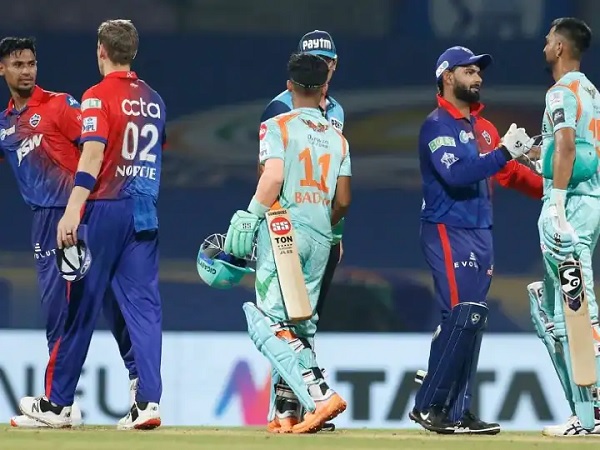 The match was played at Dr. DY Patil Sports Academy, Navi Mumbai, and the toss was won the Lucknow franchise which decided to bowl first. DC lost its star batsman David Warner (4) quite early followed by Rovman Powell (3) but skipper Rishabh Pant (39) and Prithvi Shaw (61) stabilized the innings. Sarfaraz Khan also played a useful innings of 36 runs because of which DC manage to put up a decent total of 149/3 in the stipulated 20 overs.

In response, LSG had a good start as its openers KL Rahul (24) and Quinton de Kock (80) produced a partnership of 73 runs for the first wicket but things turned a little in favor of DC when Evin Lewis (5) and Deepak Hooda (11) got out early. However, Krunal Pandya played a useful knock of 19 runs but it was Ayush Badoni who stole the limelight in the end. When LSG needed one run to win in the remaining three deliveries, Ayush Badoni smashed Shardul Thakur for a six; then he pointed towards his name at the back side of his jersey and came up with a fist pump while celebrating the victory. 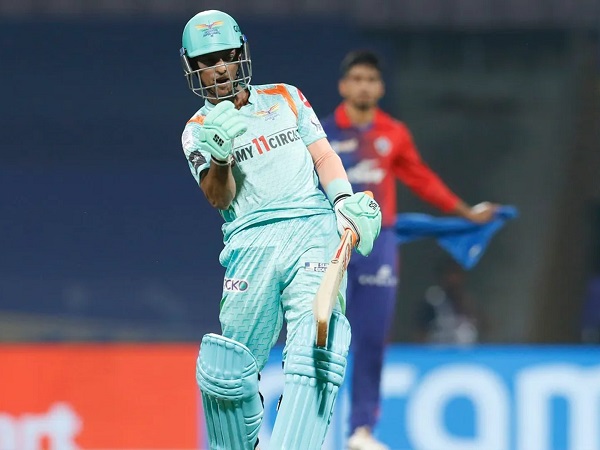 Soon cricket lovers recalled that the former Indian skipper Virat Kohli also celebrated in the same manner and at the same time, it showed how much former RCB skipper has influenced the youngsters.

There were few who felt that Ayush Badoni is being arrogant by celebrating in such a manner but one Twitter user narrated the reason behind this celebration style of Badoni. The online user stated that DC scouts asked Ayush Badoni to clear three trials and in each one of them, he scored a fifty playing less than 20 balls but DC didn’t even bid for him in the mega-auction.

Here is what the Twitter user who is a sports journalist wrote, “#AyushBadoni was asked to clear 3 levels of trials by @DelhiCapitals scouts. Last one during the 3rd wave in Mumbai. He smacked 50 in less than 20 balls in each of them. Then they didn’t even bid. The fist pump after kil*ing the game said it all. #LSGvsDC #IPL2022”

#AyushBadoni was asked to clear 3 levels of trials by @DelhiCapitals scouts. Last one during the 3rd wave in Mumbai. He smacked 50 in less than 20 balls in each of them. Then they didn't even bid.
The fist pump after killing the game said it all. #LSGvsDC #IPL2022

The LSG skipper KL Rahul is also pretty happy with Badoni and he praised the youngster after the match for playing well under pressure and delivering for the team.

What do you think of Ayush Badoni’s celebration style? Share your views with us.