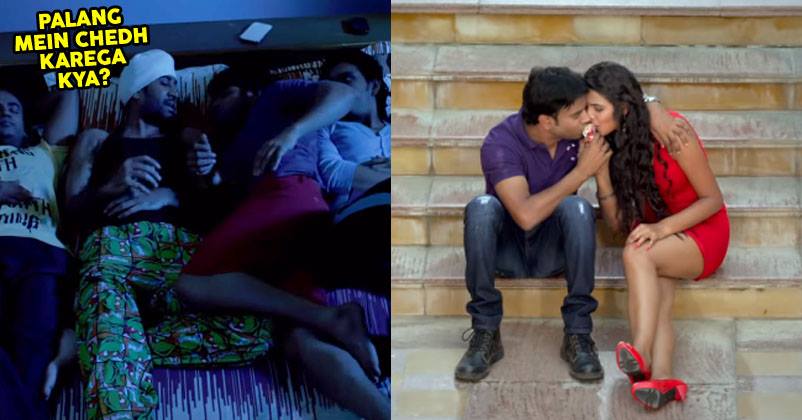 The festive season is always filled with cinema that tries to capitalise on the festive mood of its audience. But often, people looking for a light hearted film turn up empty handed. But this 12th October you will not be disappointed, from the house of ‘Vidya Movies International’ comes the rib tickling new feature length movie, ‘Maal Road delhi’. The company is known for its other movies like ‘College Campus’ which was released back in 2011 and received mixed reviews from the audience.

Based in Delhi, the movie centers around the lives of 4 young men struggling to get ahead in life. With women that empty their pockets and drive their minds crazy, the movie is filled with quirky dialogues and funny scenarios that are sure to tickle your funny bine. With a cast that includes Manveer Chaudhary, Sonia Kaur and Neha Kargeti the movie promises the right amount of fun alongside its naughty nature.

Directed by Atul Sriva and produced by Amit Srivastava, the movie has its own take on the today’s youth and the struggles that they face in this harsh metropolitan environment. It showcases the right amount of obstacles alongside resolutions that give you a perspective into today’s society. The movie is set for a large scale release on the 12th of October, all across India, with distributors mainly targeting the North due to its North Indian plot and story.

The movie also consists of well known cast members like Matin Khan, Samarth Shandilya, Atul Sriva, Rohin Robert and Jeet Kumar. The trailer, which was released recently, has garnered over 2 million views in the short span of its release. People seem to be loving the look of the film due to its raunchy nature as many social media comments go to show. Although frowned upon by the critics such movies have always managed to find a good audience due to their grounded storyline and up to date dialogues. The movie seems to have a lot going for it including the acting and production with the production value being reflected in major scenes of the movie.

Here is the trailer that has garnered over 2 million views. Featuring the funny comedy of the 4 leading men, the trailer starts with an awkward office encounter and moves onto the reality of all the debts that you owe to your friends.

All in all Maal Road Delhi is all set to pack the theatres near you, this 12th of October. With more and more moguls turning their heads towards its release, it remains to be seen how the movie fares at the box office, given all the buzz being created around it. Audiences planning to watch a movie on 12th October, will have FryDay and Tumbbad to choose from alongside Maal Road Delhi. Are you excited for the movie’s release?

Contestant Jasleen Matharu And Anup Jalota Have A Romantic Date On Big Boss 12
Was Jasleen Pregnant? Here’s What Her Father Kesar Matharu Has To Say