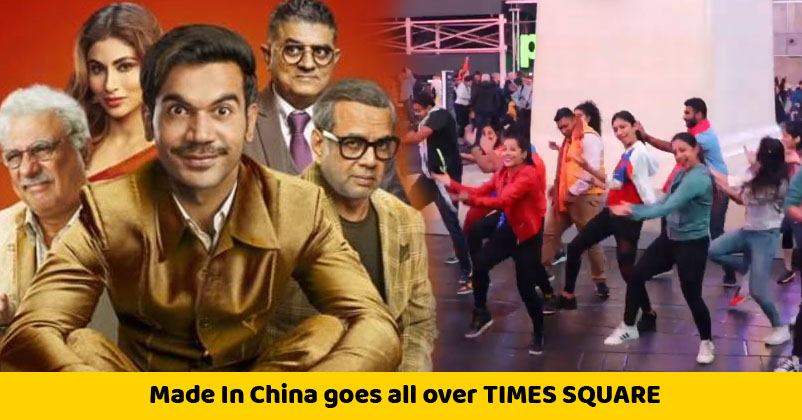 Ever since the trailer dropped, Dinesh Vijan’s next production venture – Made in China has become a talking point amongst audiences. Based on the entrepreneurial journey of a small time Gujarati businesman from Ahmedabad, the film has garnered tonnes of love from audiences for its crackling dialogues and interesting storyline that came through via the power packed trailer. But it’s the songs of Made in China that has completely taken the country by storm especially due to the Navratri season and it’s inherent fit with the Gujarati vibe of the film. Fans just can’t get enough of the two grooving tracks – Odhani and Sanedo. From Instagram to Tik Tok, the internet is flooded with numerous videos of fans grooving on the song. 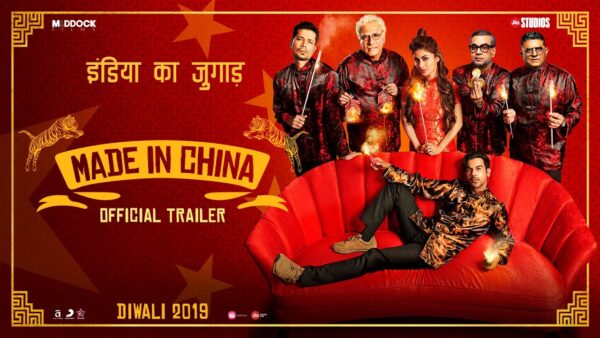 The popularity of the tracks became fairly evident when we saw multiple mainstream popular dance influencers such as Sonali Bhaduria, Aadil Khan, Lucky Dancer, Manjull etc align with the stars and the film’s songs, garnering millions of views online and making both the songs viral sensations. So much so that, on Friday morning, a new video surfaced on the internet where a group of dancers were seen thronging the streets of Times Square in New York to perform a flashmob on Odhani and Sanedo.

The flashmob was performed by the dancers from Bollywood Funk, that claims to be the only dance institute in New York that teaches Bollywood choreography.

In the video, a huge bunch of atleast 40 dancers are seen grooving to the tunes of Sanedo followed by Odhani. It was more interesting to see the sea of people who gathered around them to watch them dance. The awe in their faces were quite evident. From the lanes of India to the streets of New York, Made in China is truly making a splash in every territory. The makers are constantly pushing the envelop with their innovative digital marketing strategies and it’s paying rich dividends as the movie has become the most talked about film coming out this Diwali. Leaving it’s competitors far behind in the marketing game.

Directed by Mikhil Musale, produced by Dinesh Vijan’s Maddock Films in association with Jio Studios, Made in China stars Rajkummar Rao, Boman Irani, Mouni Roy amongst others. It’s all set to release this Diwali.

Continue Reading
You may also like...
Related Topics:Boman Irani, Made In China, Mouni Roy, Rajkummar Rao