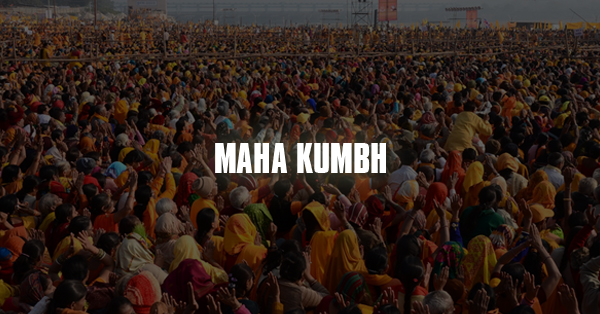 After this news, all those who have doubts in their mind about India’s management skills will get shocked and surprised.

A team of academicians and students from Harvard University along with Architects and Town Planners of high global standing have declared that in terms of organizing Maha Kumbh of 2013 was better than FIFA World Cup, Brazil and Commonwealth Games, New Delhi.

A 449 page book, named “Kumbh Mela – Mapping the Ephemeral Megacity” talks in detail about the World’s Biggest Religious Gathering and its management of a different style. The book says, “For a country notorious for its ‘lethargic’ bureaucracy, the success of Maha Kumbh is truly noteworthy.”

The two events which are compared with Maha Kumbh were in news for improper administration and arrangements, despite the fact that the funds allotted were more than enough and they had complete government support. The Commonwealth games in New Delhi were in news for the scams and corruption while the FIFA World Cup in Brazil was a national protest.

Some mind-blowing facts about Maha Kumbh:

No Hub of Communication can be larger than this:

The book was launched by the Chief Minister of Uttar Pradesh, Akhilesh Yadav on Monday, the researchers of South Asia Institute of the Harvard University, US have compiled the book.

The book reads, “So is India, which has high ambition to provide everyone everything from farmers to migrants to factory worker. Its ambitions are very high but capability very low, and then it generates disappointment. But the Maha Kumbh management and success belies this notion.”