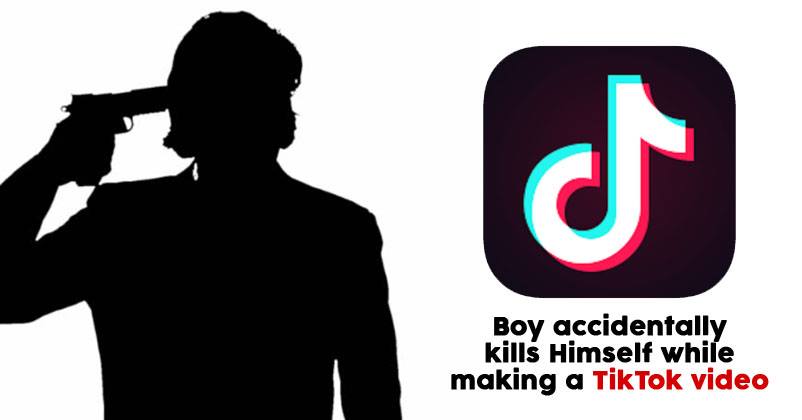 A teenage from Maharashtra shot himself by mistake while making a video to share on social video sharing app TikTok. The police report states that the boy accidentally pulled the trigger of a country-made pistol while shooting the video.

Maharashtra’s Ahmednagar district, police said that the boy named Pratik Wadekar (17) was posing for a TikTok video with the pistol. One of his relatives had brought the weapon with him, police added.

After being shot, Pratik died on spot in the city of Shirdi on Wednesday, Police says.

Pratik was in the city for the last rituals of a family member with his relatives Sunny Pawar (20), Nitin Wadekar (27), and an 11-year-old boy. They were in a hotel when they decided to shoot a video with the pistol and share it on TikTok.

Just after pulling the trigger, Pratik fell and others ran out of the room. The gunshot alerted the hotel staff who tried to stop Pratik’s relatives, but they threatened to open fire and ran away.

The Shirdi police have arrested Pawar and Wadekar. The case is registered under IPC sections 302 (murder) and 307 (attempt to murder).