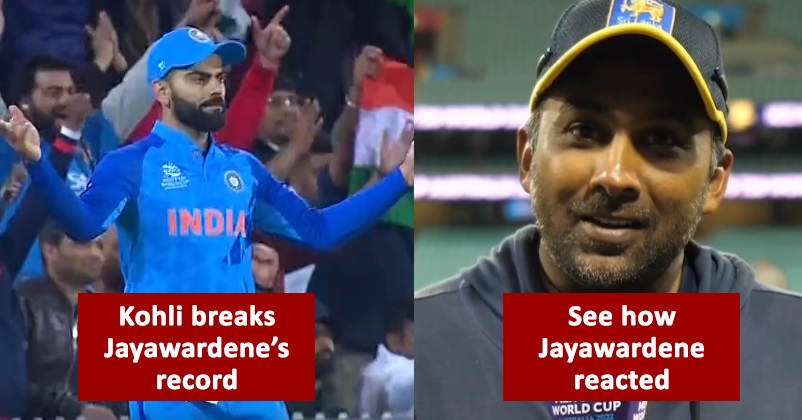 The Indian cricketer Virat Kohli got his form back in the Asia Cup 2022 as he scored his 71st century in the match against Afghanistan and since then, he has played some really great knocks. Virat Kohli has played three half-century knocks in the ongoing ICC T20 World Cup 2022 and yesterday in the match against Bangladesh, he broke the record of former Sri Lankan cricketer Mahela Jayawardene of leading run-scorer in the T20 World Cup. 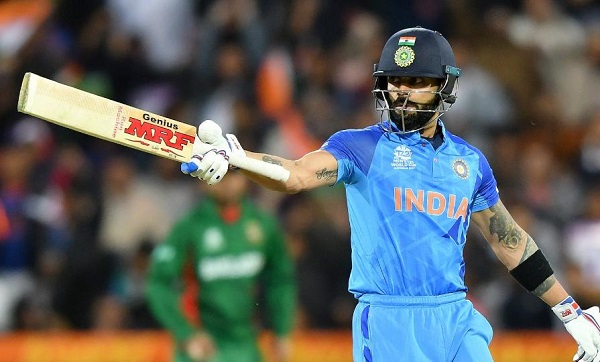 Mahela Jayawardene achieved the feat of becoming leading run-scorer in the T20 World Cup in 2014 after accumulating 1016 runs and King Kohli surpassed him on the 13th delivery that he faced during the Indian innings in yesterday’s match. Virat has represented the country in 5 T20 World Cups in which he has scored 12 fifties and it was his 23rd innings in which he became leading run-getter of the ICC T20 World Cup.

Mahela Jayawardene congratulated Virat Kohli for breaking the record in a video that was posted by the International Cricket Council (ICC). The former Sri Lankan cricketer said, “Records are meant to be broken. Someone was always going to break my record, and it’s you, Virat. Brilliant mate, congratulations. You’ve always been a warrior. Form is temporary but class is permanent. Well done, buddy”.

Virat Kohli played a superb knock of 64 runs not out for which he played 44 balls and his innings included 8 fours and 1 six. He was also adjudged as the Player of the Match for his superb knock as he helped his team in posting the total of 184/6 in the stipulated 20 overs. The match was rain affected because of which overs of the Bangladesh innings were reduced to 16 and the target was also revised to 151. However, Bangladesh lost the match by 5 runs despite a valiant effort by Litton Das who scored 60 runs (27 balls, 7 fours & 3 sixes).

India will play its last match of Super 12 against Zimbabwe on November 6 at Melbourne Cricket Ground.