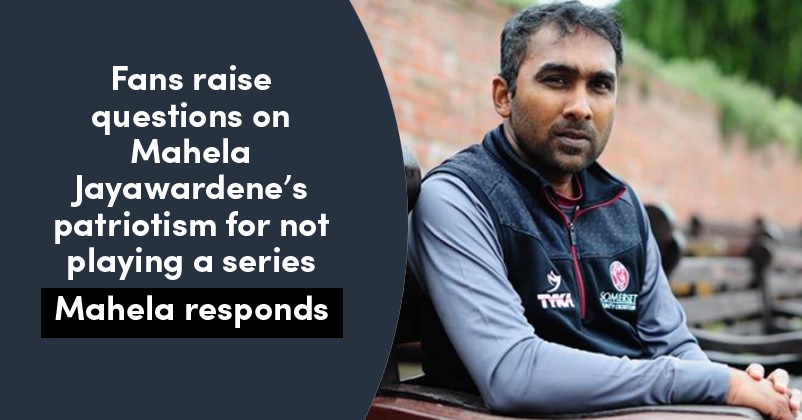 Cricket is not just a sport in the sub-continent but a religion which connects huge number of people with each other and using this sport as a social cause is definitely a great idea. A T20 cricket tournament has been organised by the Road Safety Cell of Maharashtra and it has been titled as Road Safety World Series.

In this tournament, many former cricketers of different countries – India, West Indies, Australia, Sri Lanka and South Africa are taking part. The decision of participation was left on the players but some Sri Lankan fans are not happy with former Sri Lankan skipper Mahela Jayawardene not taking part in the series. Presently, the former Sri Lankan cricketers Chaminda Vaas, Muttiah Muralitharan, Tilakaratne Dilshan and Marvan Atapattu along with others are playing for Sri Lanka Legends but fans were so unhappy with Mahela that they even questioned his patriotism.

This is not the first time that Mahela Jayawardene’s integrity has been doubted and this time also, the former skipper who was known as a very cool and calm person didn’t lose his temper. He did give a befitting reply to all the critics, ensuring that everyone should know the real reason behind his absence from the tournament. 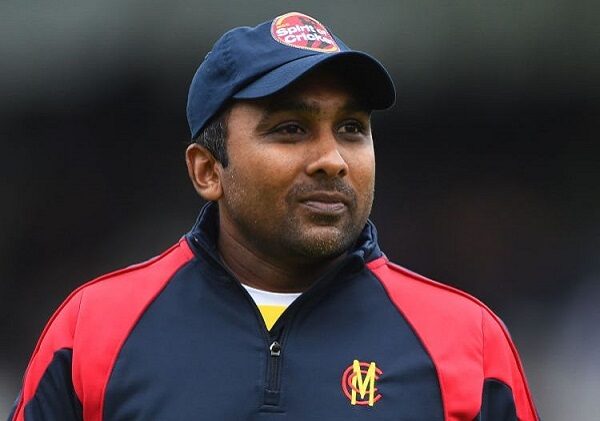 Mahela Jayawardene took to the micro-blogging site Twitter and posted his reply as per which he had some personal commitments to his family because of which he is not able to play in this exhibition tournament where players are getting paid to participate. He also cleared that it is not an international tournament.

Here is what he tweeted, “This is an exhibition tournament to promote road safety in India.. not an international tournament and people are getting paid to play in this.. I personally had other commitments to my family during this period. I hope this will clear what ever misguided information being posted”.

This is a exhibition tournament to promote road safety in india.. not a international tournament and people are getting paid to play in this.. I personally had other commitments to my family during this period. I hope this will clear what ever misguided information Being posted. https://t.co/mF3rekZxDQ

With this tweet, Mahela Jayawardene responded to all the baseless allegations that were levied against him and after this, fans too thanked the former cricketer for clearing all the doubts. Some even asked him not to pay attention to trolls who crop up just to get undue attention and increase the likes on their pages. Here are some of the selected reactions:

Please ignore these pseudo patriots. These gon posts always come up from time to time.

The levels they stoop to, to get scoop. Sigh! Surely there are plenty of fools out there who believe this. Good on you Mayya for clearing this out

Don't even answer for the rubbish created by Social media admins to get more reach and views for their pages. We know what @MahelaJay and @KumarSanga2 have done to this game..!

Sir it doesn't really matter that it's an exhibition tournament. However, you had prior personal commitments is well taken.

Leave it @MahelaJay This gossip peoples doesn't have anything apart from searching gossips. Village women's are better than this transgender men's…

I think you don't even need to answer these stupid social media posts that make no sense. @MahelaJay @KumarSanga2 have done yeoman service to the nation everytime they cannot play in some international event they become traitors people really need to grow up.

You don't have to post a reply actually for these stupid posts..
They are posting any stupid things to get likes and views..
Just ignore them..

Idiots can say whatever they want. Dont care about what others say. We know that if you could play you guys would have played. These rumours we dont care but it's good you put it out there we all have commitments unlike these ppl who put rumours.

Don't care their stupid posts
We know you both very well..
And what you have done to cricket & to our country💚

Well, that was indeed an apt response from the legendary player and we hope that all the doubts in the minds of people must have been cleared after his tweet.

Fan Asks BCCI To Call Back Irfan Pathan, Gets A Reply From The Cricketer
Tim Paine Speaks Highly Of Virat Kohli, Calls Him The World’s Best Player