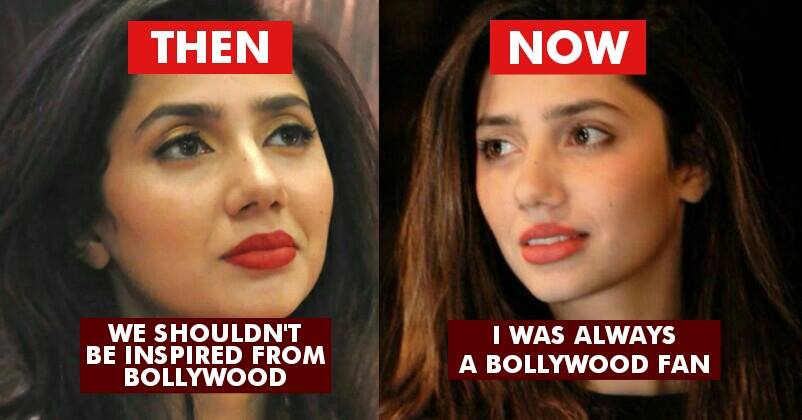 Mahira Khan, the Pakistani sensation who made her Bollywood debut with ‘Raees’ was kept away from the promotion and everything around Raees. This SRK starrer film is doing very good at the box office and making big money. The film clashed with Hrithik’s Kaabil, but managed to dominate the latter in terms of box-office collection. Earlier Mahira was involved in a controversy, a video had surfaced just before the release of the film. In the video, the 32-year-old Pakistani actress was caught making disrespectful remarks about the Indian film industry. Just before the release of the SRK’s Raees, Mahira’s interview clip went viral on the internet. When people saw the clip on social media, they criticized Mahira Khan and some people even petitioned to ban the film. In the clip, she said,

We should never be inspired from Indians. We are not Bollywood,” she said in the controversial interview. According to a report by BollywoodLife, Mahira has changed her stance, she said,

I felt it was so unnecessary. Because the fact is, I’ve always been such a big Bollywood fan from the time I was very young. I remember I’d watch new Bollywood films every Thursday night on a video cassette. The entire week I’d wait for that Thursday-night treat.

However the film was denied release in Pakistan, the lead actress of the film Mahira Khan revealed that the fans in Pakistan are eagerly waiting for the film. She said, Raees is releasing soon in Pakistan and believe me everybody is waiting for the film just like people had waited all over the world and I believe that it is going to do amazing business here. Clearly as a damage control act, Mahira has changed her stance and now claims of always being a Bollywood fan. So what do you think of Mahira’s statement guys? Feel free to share your views and opinions in the comments.

This Deleted Scene Of Alia Bhatt in Dear Zindagi Is A Must See For All SRK & Alia Fans!
Mark Zuckerberg May No Longer Be The Boss At Facebook, Might Be Forced To Leave