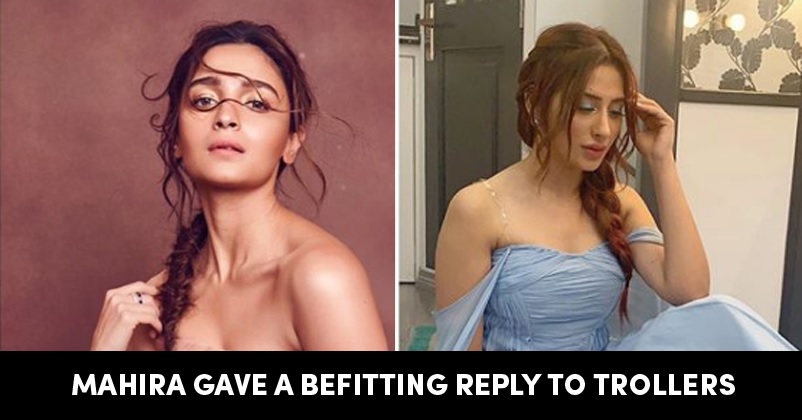 The reality show Bigg Boss 13 has come to an end with Sidharth Shukla winning the trophy. Mahira Sharma, the popular TV actress, also participated in the show and she got the seventh spot as she got evicted from the house of Bigg Boss 13 just one day before the finale. She was also pretty much in headlines because of her closeness with another contestant Paras Chhabra. 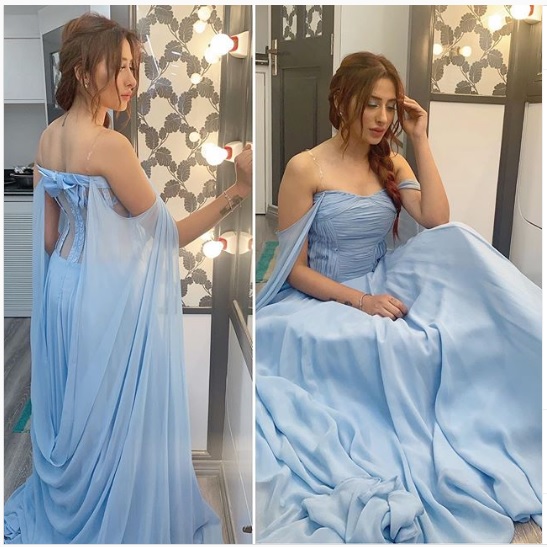 In the finale, Mahira Sharma wore a beautiful dress but it made her a victim of trolls on social media, especially on the micro-blogging site Twitter because her outfit was pretty much similar to the dress worn by Bollywood actress Alia Bhatt at IIFA 2019. 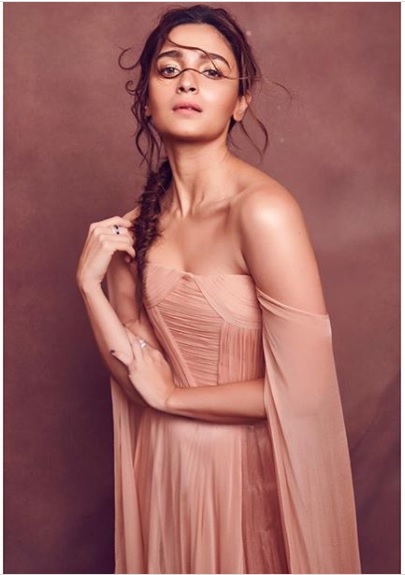 The online users made fun of Mahira for copying Alia and some went on to call her “Gareebon Ki Alia”.

Mahira was in no mood to listen to all this useless stuff and she gave a prefect reply to trollers. She says that she is not able to understand why she is getting trolled. Mahira further adds that Alia is youth icon and what is the problem if she has tried a dress which Alia has also tried once. In fact, Mahira refers to it as taking inspiration from Alia.

Mahira also makes it clear that the trolls have no effect on her but she is definitely upset with the words used by the trollers. As per her, it is really bad that social media platforms are being used for spreading hate rather than praising someone. She further hopes to have some filtration in these platforms so that bad words can be filtered out.

Mahira’s journey of Bigg Boss 13 has been full of ups and downs and there are many who feel that she managed to stay in the house of Bigg Boss for so long just because of the romantic angle which she had with Paras Chhabra who walked out with Rs. 10 lakhs from the show.

We completely agree with Mahira’s response. More power to you girl!

Himansh Kohli Says Neha Kakkar Broke Up With Him But He Was Blamed; Neha Responds With A Post
Kiara Advani’s Topless Pic From Dabboo Ratnani’s 2020 Calendar Sparks Meme Fest On Twitter