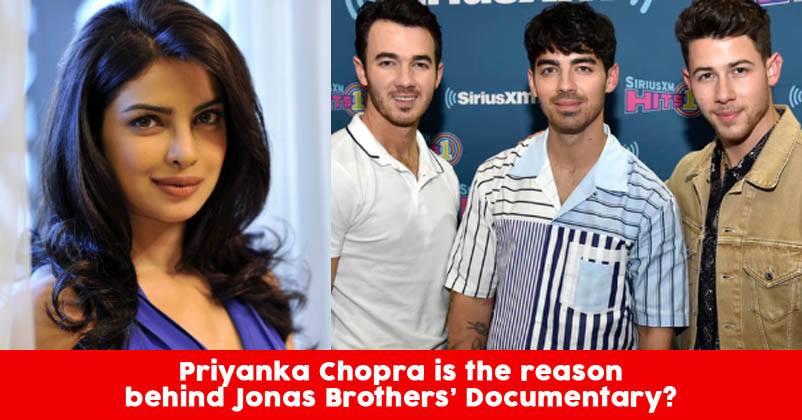 ‘Chasing Happiness’ a documentary based on the Jonas Brothers. The pastor’s son from New Jersey had a humongous fan base and they were unstoppable. No other bands could overshadow the American pop rock band. Until one fine day, Nick decided to explore new paths individually as solo artists.


Leading to the shocking break up of Jonas Brothers. Joe and Kevin supported Nick’s painful decision and the brothers went down to different paths.


However, after a decade the band and Jonas brothers have finally reunited. They will be soon releasing their new album after reuniting ‘Happiness Begins‘. The last album was released by the Jonas was in the year 2009.

Right before hitting the stage 💥 #BBMAs


Chasing Dreams is a documentary movie based on the popular American pop boy band. It will make us aware of every nitty-gritty details taken by Nick, Kevin and Joe. As the trailer seemed it will include super personal interviews about their break up and the decision of reuniting. Never seen footage of the brothers will be released with exclusive music.

Been counting down the days to share this with you guys… The official trailer for our new Amazon @PrimeVideo documentary #ChasingHappiness is here! https://t.co/t5l6MetGNU pic.twitter.com/b9paW6Wvi8

The trailer of the movie was released on Thursday. Chasing Dreams is the story of the Brotherhood and director John Lloyd Taylor has promised to let the fans know the brothers Up close and personal.

My first ever #jonasbrothers show. And it was incredible!!! I’m so proud of these guys!! #Family ❤️🎉🙌🏽


Jennifer Salke head of Amazon Studios gave all the credits to our desi girl for pitching the idea of making the documentary.

Jennifer told IANS she loves Priyanka as she introduced her to Nick Jonas. They sent me a video and we bought it right away and we were ready for the Documentary.

Chasing Dreams is all set to première on 4th June on Amazon Prime Video. Their new album ‘Happiness Begins’ will release on 7th June.

Game Of Thrones: Starbucks Generated $2.3 Billion From Free Advertising After The Coffee Mug Gaffe
Student Of The Year 2 First Day Collection Out