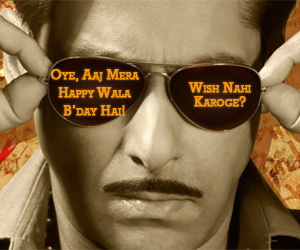 Salman Khan is a phenomena. We love for his acting, dancing, and dialogue skills along with the charity work. Let us check what makes Salman Khan the Superstar of India

He is the very famous actor of Bollywood. Has huge fan following who popularly call him by the name Salman Bhai.

He is well known for his dariya dili to launch many newcomers who are stars now like Katrina Kaif, Zarine Khan, and Sonakshi Sinha to debut in the movies of Bollywood. Apart from actors he has also helped many in other department of industry like Sanjay Leela Bhansali, Sajid Wajid, and Himesh Reshammiya with the launch of the career.

He never speaks diplomatically. Outspoken by nature and very upfront gets him into the heart of many. Salman Khan is very straight forwardness and thus always in controversies.

His generosity and large heart to help many underprivileged children for education and also health have gained him huge fans and popularity. He has a NGO named Being Human and also involved in many other charity.

Salman Khan has his own powerful attitude that keeps him separate from other bollywood stars. He is not bothered about anything mentioned in the media for him. He is never affected by Hits or flops.

Salman Khan got the trend for going shirtless and to show body into the movies. He is loved for his great body by his huge fans be it a girl or boy!

He is popular for the power dialogues and lovely dance moves. his every hit film has a TM one-liner for his fans to go wild.

Fans try to imitate his style, dialogue, dance moves, clothes and also the turquoise bracelet. He can grasp many roles like youth, chocolate boy, poster boy, mama boy, husband, lover with the lovely smile and his heart-warming appearance.

Salman khan is the “Bollywood’s star with a gold golden”. We wish him happy birthday with this article as a greeting.

What Would Indians Love To See In The Year 2015!!!
PK Becomes Fastest Ever Movie To Enter 200 Crore Club!!!