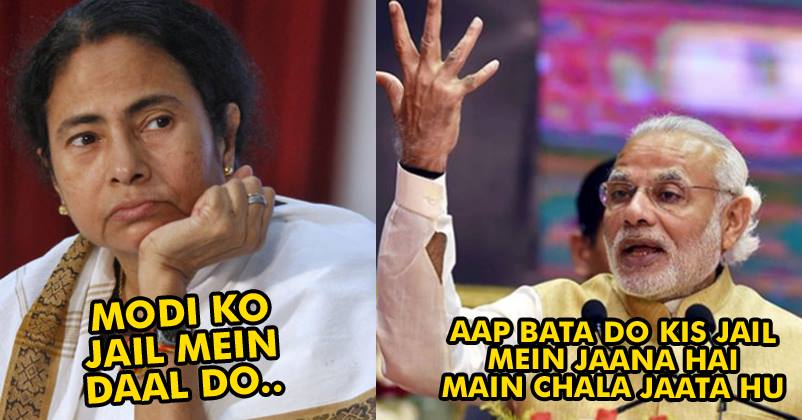 Ever since demonetization took place, the Chief Minister of New Delhi, Arvind Kejriwal and CM of West Bengal, Mamata Banerjee, have been very aggressive against PM Modi and leave no chance to attack him in their speeches. However, nothing has been said in response to their allegations and claims by Narendra Modi, despite the fact that he is also addressing public in the rallies which are being held in the election bound states on a regular basis.

Mamata has an old record of speaking against PM Modi in a hostile way; earlier when PM Modi was campaigning for the Lok Sabha elections, she said that as soon as Modi would enter Bengal, he would be arrested. A video is going viral on the Internet which shows PM Modi giving a befitting reply to CM Mamata Banerjee and asking her to tell the address of the jail so that he can go there himself.

People are hoping that PM Modi will give a kickass reply, like this, to all those who have been speaking against him!

Kaif Did A Q&A Session On Twitter & It Was Out Of The World! He’s Super Witty!
Akshay Kumar Expressed Fury Over Bengaluru Mass Molestation & No One Can Miss To Watch It