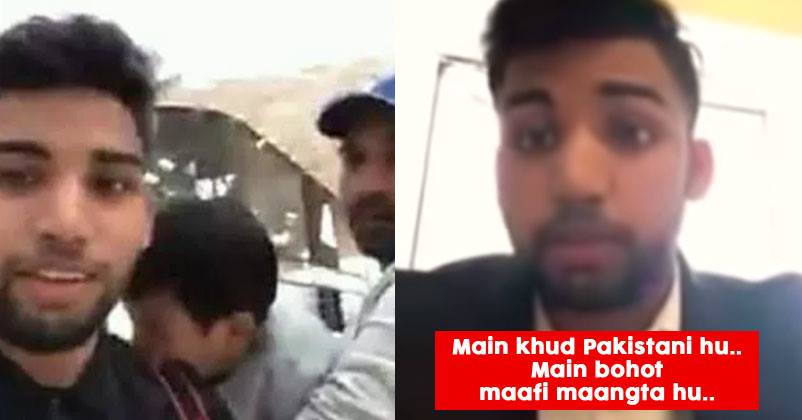 In a recently played cricket match between India and Pakistan in the ongoing ICC World Cup, India won the match and led to a 7-0 victory. Pakistani team’s poor performance showed that they are unfit. Sarfaraz Ahmed was also seen yawning in the middle of the match. The team was criticized a lot for their fitness.

Recently a video has emerged online, where a Pakistani fan can be seen criticizing and shaming Sarfaraz in a video. Sarfaraz and his kid are strolling in the mall when the guy stopped him and asks for a selfie. Instead, he recorded a video shaming Sarfaraz and called him ‘suar’.

People all over Twitter soon came to Ahmed’s rescue and supported him. After being criticized and slammed on social media, the man uploaded another video of himself apologizing to the Pakistani skipper. He asked for mercy for insulting Sarfaraz and hurting people’s sentiments.