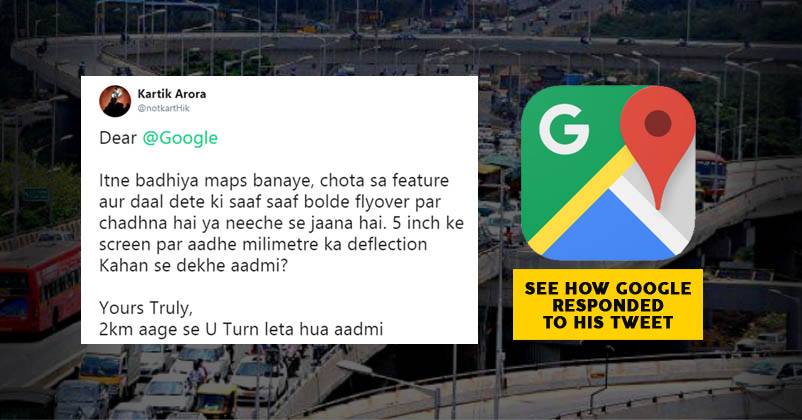 Google Maps is of a great help for travellers as it not only tells the right direction or route in which a person has to go but also gives an idea of which route should be avoided for being crowded or having traffic jam which saves the user from getting stuck.

But sometimes, it becomes problematic for users to understand directions when there is a flyover or multi-directional flyovers. Sometimes users have to take a u-turn after covering a long distance because he took the flyover but he was supposed not to take it. 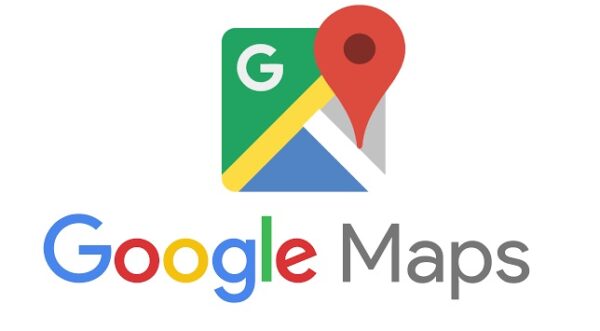 Stand-up comedian Kartik Arora faced a similar situation and he tweeted to Google Maps in a hilarious manner. His tweet read,

It roughly translates to,

“Such nice maps have been made, a small feature should also have been added for clearly telling whether to take the flyover or not. Deflection of half milimetre is not clearly visible on the 5-inch screen.

A person who is taking U-turn after driving 2 kms.”

The tweet instantly went viral and Twitterati also started sharing their own experiences but what surprised everyone was the poetic response of Google India.

This is the reply by Google India responded by tweeting,

It roughly translates to,

“We are thankful to the users like you who show us the right path. This journey of self-improvement will never end, my fellow traveller.”

If you're in Bangalore and traveling towards Hosur road via silkboard and took that never ending FLYOVER by mistake. That's frustrating!!

Yesterday I missed like 2 such back to back deflections at Ambala!! My brother made a good mockery of me but I see I'm not alone 😂😂

Only the wearer knows where the shoe pinches 😂

Agree with the person

Hilarious, isn’t it? What do you have to say about the tweet and the response of Google India? Let us know your views.

Tim Paine’s Wife Finally Reacted To ICC’s Babysitter Tweet & Her Comment Will Make You Go ROFL
Elon Musk To Be A Part Of Meme Review Show. See How Twitter Reacted.