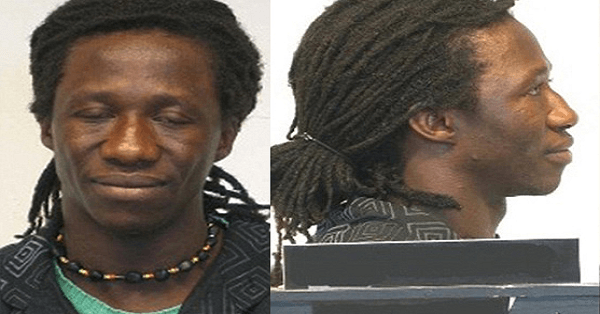 In an appalling and outrageous incident, a person named Sonko Tijan, originally hailing from Gambia in Africa, has been found to have five wives, seven fiancées and at least five girlfriends, none of whom even had the slightest inkling about each other.

The 28 year old charlatan, who was tracked and finally nabbed by Austrian detectives when one of his many wives after stumbling upon his image in a different woman’s profile picture on Facebook lodged a complaint, is reported to have had amorous links with all these women spread across Africa and Austria.

Tijan has no less than 6 children from different women and all his 17 conquests fall in the age bracket of 22 to 44 years. Tijan entered into these relationships mostly for securing lodging and monetary benefits and would fox them into showering their empathy on him by telling them a cooked-up tale about he’d managed to elude the violence in war-torn Africa. On certain occasions, he had even stooped as low as asking for their jewellery.

Once the detectives got a hint about his clandestine affairs, they started tracking him over Facebook and upon discovering that Tijan was aiming at luring more girls into his sneaky plot, laid a rat trap from which he couldn’t escape.
Source

Well, this incident certainly gives Bigamy an even more reprehensible picture. What do you think? How should guys like Tijan be treated who bring utter disgrace to the male community? Should they be given a fair trial or simply put behind the bars for eternity? Please pitch in your views in the comments section below. Share this as much as you can until it makes the likes of Tijan hang their heads down in shame.

Madonna: I Was Raped But Didn’t File Complaint To Police, It Wasn’t Worth It
22 Year Old Youth Beaten To Death By A Mob For His ‘Indecent Behaviour’ With A Girl