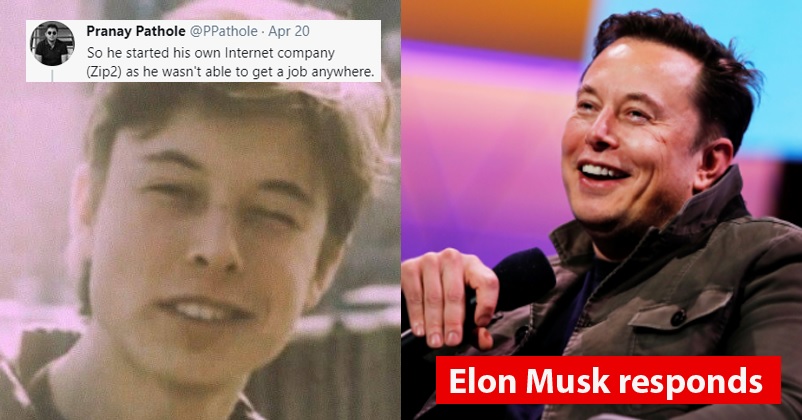 Elon Musk, the industrial designer and the business tycoon, is a pretty famous name in the world and it won’t be wrong to say that many aspiring tech entrepreneurs draw inspiration from him. Elon Musk who is one of the richest persons of the world is the founder and CEO of Space X and he is also the CEO of Tesla. He has many other achievements to his name but as per a Twitter user, Elon Musk got rejected by an American firm which dealt with computer services when he applied for a job after his graduation. 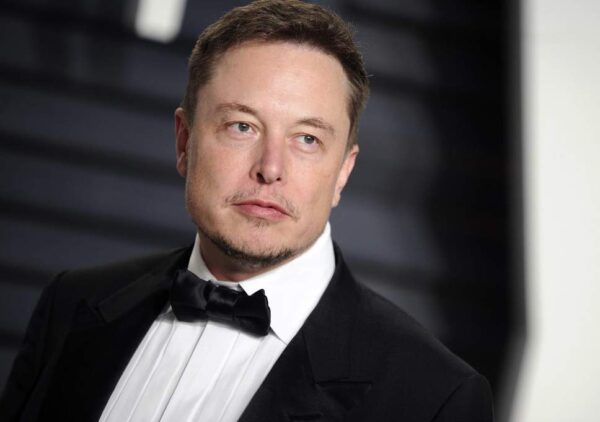 The name of the Twitter user is Pranay Pathole who posted a photo of Elon Musk from his younger days and captioned it with, “In 1995, @elonmusk wanted to work with an Internet company, he applied to work at Netscape, sent his resume, tried hanging out in their lobby, but he was too shy to talk to anyone. So he started his own Internet company (Zip2) as he wasn’t able to get a job anywhere.”

In 1995, @elonmusk wanted to work with an Internet company, he applied to work at Netscape, sent his resume, tried hanging out in their lobby, but he was too shy to talk to anyone. So he started his own Internet company (Zip2) as he wasn't able to get a job anywhere. pic.twitter.com/YRSKobvKAj

The tweet got the attention of Elon Musk too along with other social media users and he responded with, “I could get a job, just not at an Internet company (weren’t many back then)”.

I could get a job, just not at an Internet company (weren’t many back then)

As Elon Musk has a huge follower base, soon reactions started pouring in and here are some of the selected ones:

In 2019 @luesant (myself) wanted to work with Tesla (warehouse), applied for a job, sent his resume, tried to hang out in his lobby, but he was too Hispanic to be accepted. So his started … oh wait, I'm not a millionaire, so I work for Amazon.

The year I was born. And maybe today the next Elon Musk is wandering around the lobbies, trying not to be shy.

I love this dude since I started investing in TSLA back in 2013. I bet I am the first person ever to call him "Elon Musk: the Thomas Edison of the 21st century."

No need to be the smartest in the world to change it. You just need to find your thing. What makes you different? Following Elon’s every step isn’t different. It’s inspiring, but should be used as just that. Not a blueprint and guide on how you can change the world.

Smart kid. I was shy too. People think you are dumb when your shy. Just because your shy .Does not meen ,you are dumb. Now he is probably the smartest person in the World.

People writte things like that and behave @elonmusk is dead and we remember his remarkable life.

We call it here: burying an man alive.

Amazing. To think Elon walked those lands before building his own vision. 😎 1995 was year of Win 95, Netscape / IE war, Alta Vista, dial-up modems. Ha! Walk down memory lane. Google wasn’t even conceived yet. Those Netscape offices became part of Google eventually I think.

Are you also inspired by Elon Musk or is there some other person who is your source of inspiration? Do let us know.

Man Almost Got Married To The Wrong Bride After Entering Wrong Venue, Thanks To Google Maps
The Best Digital Investments Of 2021