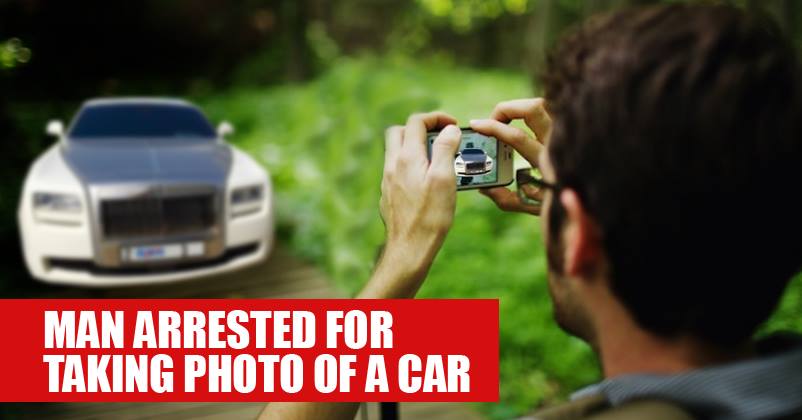 The craze of uploading pictures on social media has increased people’s interest in photography. People try clicking unique pictures to make them viral. It’s all so common and normal here. This has also given freedom to shady people and stalkers who click photographs of women and use it the way they want.

But if roaming around with a camera and clicking random pictures is your interest then you SHOULD NOT visit this place ever as it can land you in serious trouble!!!

It has been revealed that it is illegal to take videos or photographs of people without first seeking their consent and post them online in the United Arab Emirates.

Recently, An Arab man has been detained by Al Barsha police in Dubai for taking the video of the car with the D5 number plate that was parked in a slot reserved for the handicapped near his work place. The video showed the driver parking the car, while the car’s owner got in a few seconds later. Have a look;

The owner of the car reported the case to the police as soon as he noticed the video going viral on the internet.
The number plate was bought by this Dubai-based businessman for Dh33 million at a Roads and Transport Authority auction on October 8. Due to such a unique number, the video went crazily viral and brought the video maker under notice.

The activity has been reported as the case of cyber crime. Colonel Yousuf Al Odaidi, Director of Al Barsha police station explained that the car’s driver should not have waited at the spot that was reserved for the handicapped, however, this does not give anyone a right to defame him.

Police also explained that they have proper channels available on smart apps to file complaints against the citizens violating laws and rules. The person should have complained to those channels rather than making it public on social media. However, Col Al Odaidi also explained the other side of the story and said the man who took the video stated that he made the video out of admiration and not with any intention of defaming the owner. He noticed the crowd around the car because of its unique number plate and that made him curious about it. Later, he told that he had just shared this video with a relative and a friend back in his home country. He explained that he himself was shocked to see the video going viral.

Though the intentions of this man were not wrong yet he got landed up in serious trouble for just shooting a video of a car. What if he would have photographed a random woman or made a video of her?

Do you feel we should have such rules here in India as well? Is social media increasing the number of such crimes? Do share your views with us in the comments section below!