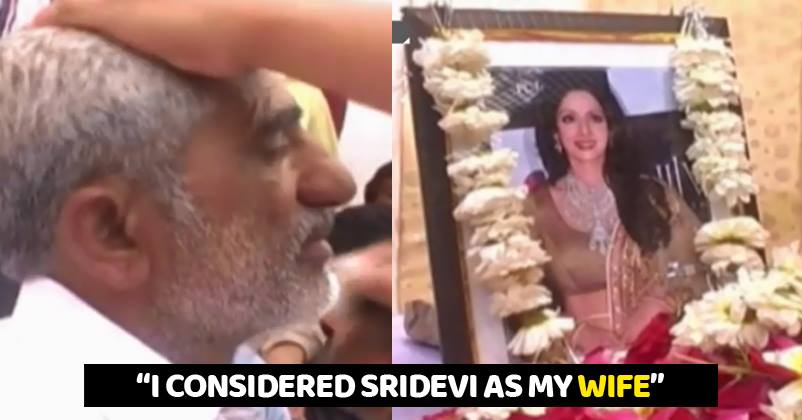 There is no denying the fact that with the death of veteran Bollywood actress Sridevi, a vacuum has been created which might never get filled. Every fan of Sridevi is heartbroken and for some, it is still impossible to believe that she is no more in this world.

However, there is one person named Omprakash Mehra who got affected with Sridevi’s death so much that he stopped eating and drinking. If this was not enough, on Sunday, he organised a Shraddhanjalli Sabha in memory of the late actress in a school of Daduni and also got his head shaved. 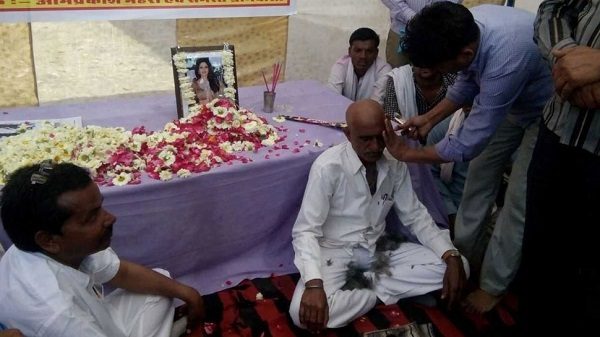 In the sabha, garland was placed on the photo of late actress and the whole deck was covered with flowers.

Omprakash Mehra hails from Sheopur, Madhya Pradesh, and he is not an ordinary fan but considers Sridevi as his wife even after knowing that she was married to producer Boney Kapoor. 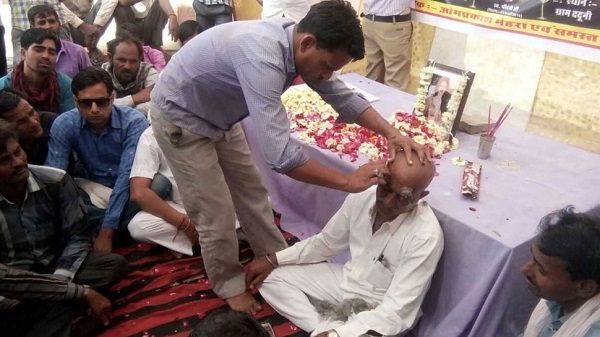 Omprakash became a fan of Sridevi after watching her first movie and started writing letters to her. Till now, he has written more than 3,000 letters to Sridevi and once he got a chance to meet her but due to some reason, he was not able to go to Mumbai to meet her. Omprakash wanted to marry Sridevi and this is why, he is still single.

You will be surprised to know that in the year 2002, he entered Sridevi’s name as his wife’s name in the voter list. Everyone was shocked to see this and when he was asked about it, he said that he considered the actress as his wife. 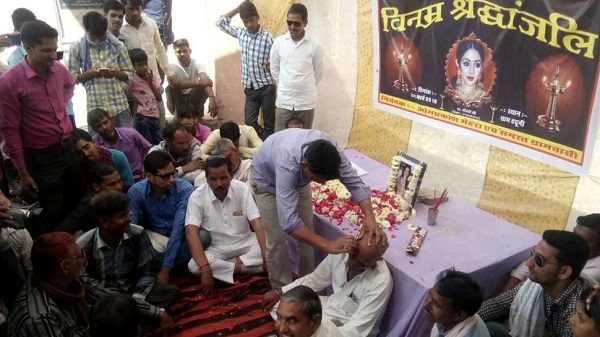 A friend of Omprakash said,

“My friend Omprakash loves Sridevi a lot and he has taken her as his wife. He said that he would wait for her till seven births. He didn’t shave his hair when his mother died but for Sridevi, he shaved off all his hair.”

This may sound strange to us but love has no logic.

Men Are Dressing Up Like Women In This Village. Reason Is Really Scary
Man Wants Divorce Coz His Wife Doesn’t Cook Tasty Food Or Gives Him Water When He Returns Home