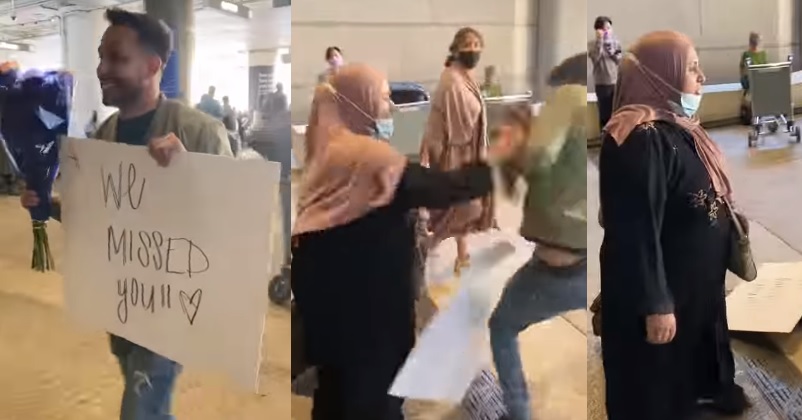 A video is going viral on the Internet in which a South Asian mother is expressing her love for her son by beating him with slippers. This video has been posted by Anwar Jibawi, a Palestinian-Pakistani Internet celebrity, on his Instagram account in which he is seen at the airport to receive his mother with flowers and a placard which reads, “We missed you”. 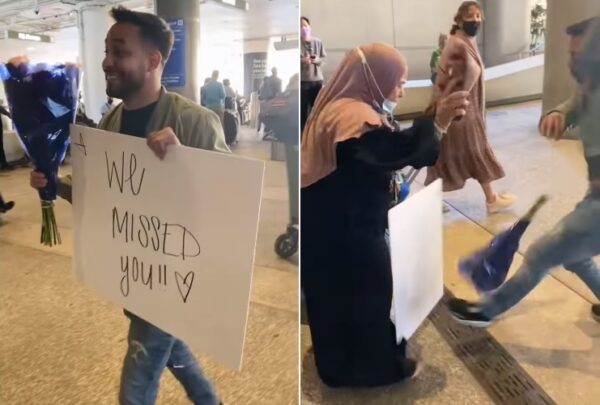 As the video starts, Anwar is seen walking towards the arrival gate of the airport with flowers and placard, the moment his mother exits from the airport, she takes out her slippers and starts beating Anwar badly and as he tries to save himself, the flowers and the placard get dropped on the floor.

Anwar posted the video with the caption, “My mom is back”.

The video has received more than 6.3 million likes and many Asians easily related with it as it is pretty common in this part of the world. Online users also laughed a lot and said that his mother would have got doubtful of him doing anything wrong because he went with flowers and ‘miss you’ placard.

Maa Ka Pyaar can be in any form and in every way, she is the one who loves us the most in the world! Agree?

Bride Works Out At Gym To Make Her Pre-Wedding Shoot Unique, Twitter Is Loving It
Not Maa Or Papa, This Baby’s First Words Are “Alright Bruv”, See The Video