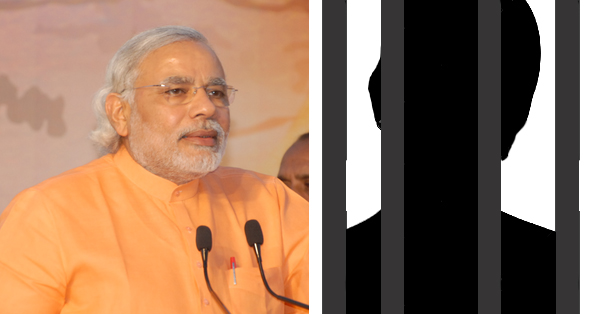 India’s Prime Minister Narendra Modi has been the face of India in the recent times. Modi’s UAE tour had turned out to be a huge Success. Narendra Modi had like in US manage to gather huge crowd at the Dubai’s Cricket Stadium and shown to the world again that how strong he is in his Leadership Skills.
While the entire social media was going GAGA over Modi’s UAE Tour, a person uploaded an Objectionable Video on social media website FACEBOOK against the Prime Minister and a particular religious community.
This 27 Year old man from UP had been arrested under section 153A & 504 of the Indian Penal Code for trying to disturb the peace & create tensions in the society, Police Said.
The said accused man had been living in Kuwait over a five years and returned back to India to get married, police said.

What do you think was the Police right in Booking the Man? Is it not the responsibility of every Facebook User to think before they post anything objectionable. There is Freedom of Speech In India but it comes with a Responsibility which usually people ignore and land up themselves in trouble. India is a Land of Peace and if somebody tries to disturb it be it of any community they should be Booked. Comment your views in the comments box below.