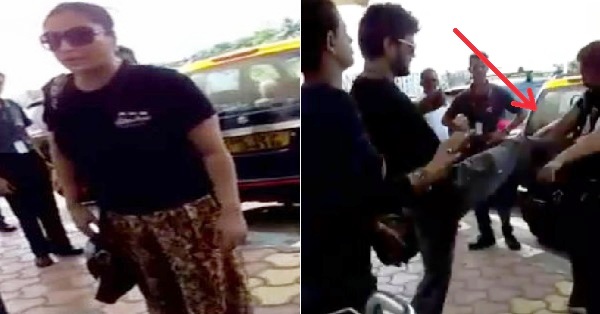 A lot of incidents have been reported where wives have caught their husbands cheating on them, red handed and vice-versa. This video has taken up the practice of catching red handed to a new level by recording the whole incident and in fact whatever has happened in this video is not at all acceptable.

In the video, you are going to see that a doubtful lady trails her husband to Goa and she finds that he was with his mistress on the airport. She started shouting on both of them and asked her husband to leave the mistress then and there and come with her, but the husband refuses which made the wife angry and she hit the mistress. What happened after this and the response of husband is shocking.

Watch yourself what happened:

What are your views about the incident after watching the video? Share your opinion in the comments section.