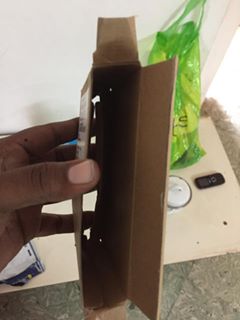 It now seems like  e-shopping websites like Snapdeal and Flipkart are in a habit of making mistakes. Customers faces many bad experience while shopping with them, like products not being delivered, sometimes they are lost and sometimes they are delivered to you, but not in proper condition.Adarsh Anandan, a resident of Mysore ordered a pen-drive from Flipkart costing Rs. 550, and got an empty box all the three times he ordered.

Here is what he said on this incident :

When I ordered a simple pen-drive from Flipkart, I never thought that it would take them forever to deliver it, and a simple purchase will turn into a never ending nightmare.
On 24th October 2014 I placed the order but got an empty box delivered to my house. I took up the issue with Flipkart and they assured me a monetary compensation of Rs. 55 with the product. I asked for an apology letter with the product, however ever I never got one. I thought that it’s only human to err, but was in for a shock when I was sent another empty box. I was not at home and my mother took the order.
I was furious and once again I took up the matter with Flipkart. This time they didn’t accept that the fault was on their part, on the contrary, they indirectly started suggesting that maybe I have kept the pen-drive and making a ruckus just for no reason. They had my money and were not ready to resend the product.
Already having spent so much time and energy on this I thought that I should rather have the product now, so I placed a fresh order.
After receiving empty boxes the first two time, I thought that it will be a good idea to video record the order delivery and open it in front of them.
So when the package arrived I got one of the delivery guys to open the box for me. Since the product was Cash on Delivery I had to pay first to get the box opened. And for the third time I was stunned to see an empty box.
I am not looking for compensation, I have come out with this video proof because I want such Online Shopping stores to realize and repent their mistake, and stop taking the customers for granted.

What are your views about these incidents?? Do you think that legal actions should be taken for these blunders?? Do tell us your views in comments.

100 Year Old Lady Does Belly Dance.
Virat Kohli Confirms That He Is In Relationship With Anushka Sharma