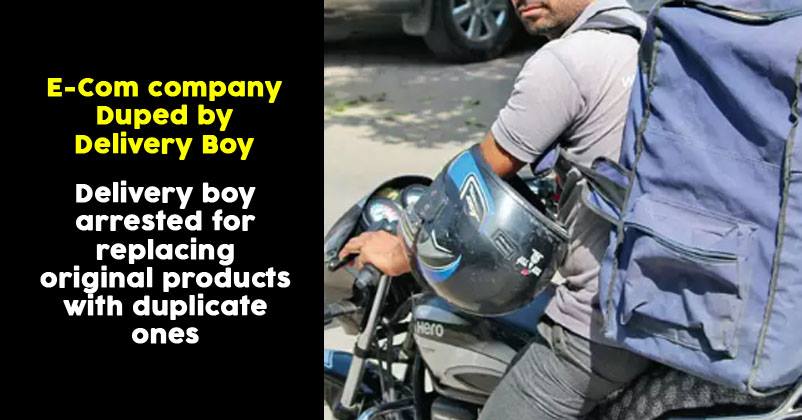 A Mumbai delivery boy who worked with an e-commerce company used to deceive the corporation by changing the content of the parcel. The accused, identified as Kishore Kolhe exchanged the brand new gadgets with the old ones. He worked with Lucky Singh who ordered electronic gadgets on Cash On Delivery.

The Aarey Police has arrested Kishore and Lucky. Police revealed the story of how they worked together and trick the company. The police said that Lucky was the one who ordered electronic items under different names and on various addresses. Kishore would take his parcel to him, where they replace the original item with scrap or old ones, repackage it and bring back to office claiming that the customer rejected the parcel.

Suspicion arose when Kolhe brought back the parcel ordered by Lucky, which was two iPhones and expensive speakers from Flipkart. The supervisor observed that the package has been opened and repacked. After taking permission from his seniors, he opened the box and found an old phone instead of the iPhone. He inquired further and found out that Singh had placed two more orders which were also returned.

They filed a complaint to the police and the whole case came into light.

Young Talent Rohit Gupta Who Started As A Prank Caller, Becomes First Indian YouTuber To Be Interviewed By BBC Radio
Why BCCI Chose Orange Color Jersey For Team India Among Several Other Options?