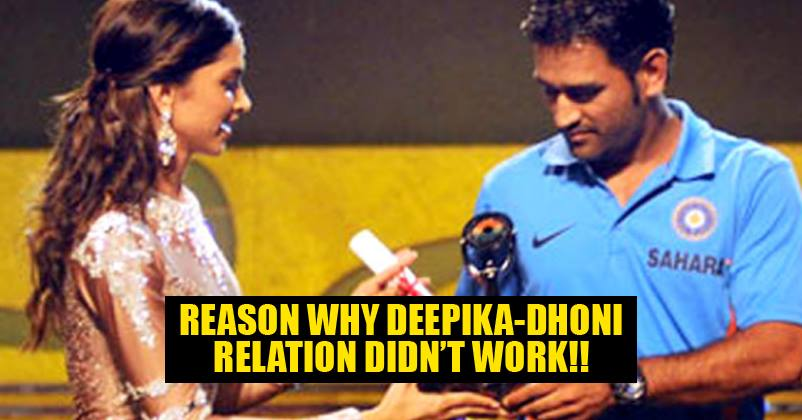 Deepika Padukone is one of the most glamorous, beautiful and hottest actresses of Bollywood. Even though she had a good start in the industry with “Om Shanti Om” opposite Shah Rukh Khan, it was after the year 2013 that she began riding on the wave of success. Every movie of Deepika which released in 2013 entered the 100 crore club and since then, she has been successful in every project which the actress undertook. Her career graph has been on the rising mode but this can’t be said about her personal life. Deepika has made some mistakes or rather we can say blunders, because of which she has lost the person who was in love with her madly. We are talking about the skipper of Indian cricket team, Mahendra Singh Dhoni! Yes, he is the person whose love Deepika lost due to her wrong decision. In 2007-2008, when Dhoni’s career was on peak, he deeply fell in love with this beauty to the extent that he proposed her for marriage but twist came in this story when Deepika’s name was linked with cricketer Yuvraj Singh. Paparazzi went crazy when Deepika reached Jaipur stadium in 2007 to cheer Yuvraj and it was also rumored that after the match, they both would get engaged in Mumbai; however Deepika straight away denied the news. But later, the closeness of couple was pretty much visible on the 22nd birthday of Deepika when the duo was spotted having dinner together. People close to Dhoni say that he sacrificed his first love for his friend; however, Yuvraj and Deepika got separated in 2008. Deepika revealed in an interview that Yuvraj used to interfere in her life unnecessarily which created problem in their relationship.

This Is How Much Dhoni’s Pads And Gloves Were Sold At! It Is More Than What You Are Thinking
You Will Never Believe Krushna Abhishek Said This About Kapil Sharma! Check It Out!