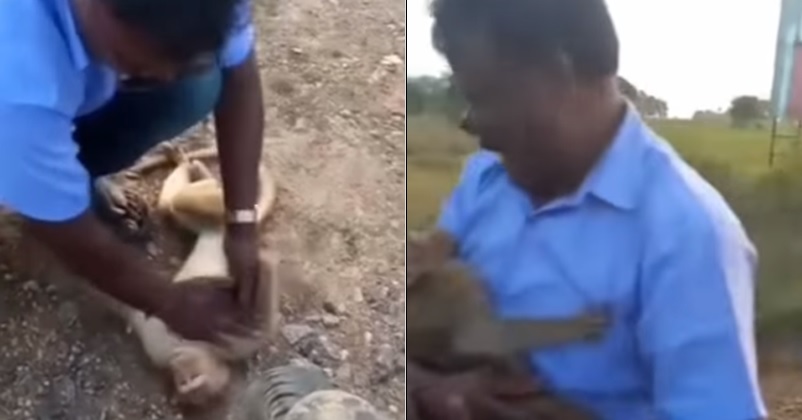 The increasing incidents of inhumanity may have left us upset and scared but the fact is that there are still some good people in this world who are making it a better place to live and are a ray of hope in the midst of chaos. One such name is M Prabhu who has once again restored our faith in humanity with his act of kindness which resulted in saving a life. Nowadays, people are mostly concerned about themselves and their family members only, they don’t even think about their neighbours but people like M Prabhu are always ready to help others, not just humans but animals as well. 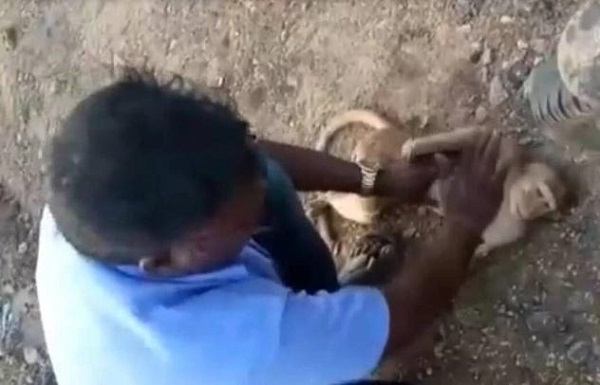 A video of the 38 years old man has gone viral on the social media networks in which he is seen saving the life of an 8 months old monkey by giving him CPR (Cardiopulmonary resuscitation). M Prabhu is a driver by profession and hails from Kunnam Taluk, Perambalur. Last month when he was going somewhere with his friend, he saw that a monkey was getting chased by a pack of dogs and he was pretty badly injured. He saw that the monkey managed to climb up a nearby tree but he felt unconscious over there and this made the man a little worried for the poor animal. Prabhu shooed the dogs away and pulled the monkey down from the tree; he tried to give water to the monkey but it laid unconscious.

M Prabhu with his friend decided to take the injured monkey to the veterinary hospital on scooter but on the way, Prabhu felt that the monkey was losing his breath so he stopped the scooter and started giving CPR to the monkey. It can be seen in the video that Prabhu is trying to talk to the monkey and compressing his chest and then he gives mouth-to-mouth respiration. Soon, the monkey gains consciousness and Prabhu can be seen holding him like a baby. 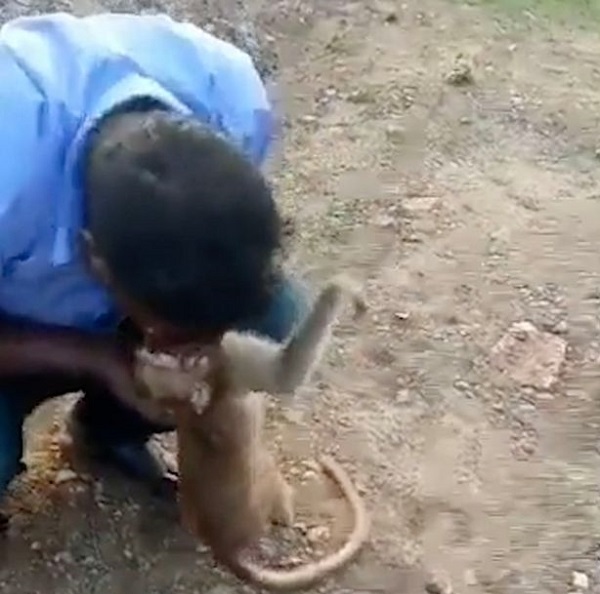 The video was uploaded on social media and soon it became viral, people just loved what Prabhu did for the monkey and showered him with love and appreciation.

The monkey was then treated in the hospital where it was given vaccine along with glucose and later on, it was handed over to the forest department.

M Prabhu has taken first-aid training in Thanjavur in the year 2010 because of which he was able to save the monkey. The veterinary doctor stated that M Prabhu can develop a disease only if the monkey was bitten by a rabies-infected dog otherwise he may face some health issues.

We hope M Prabhu doesn’t face any health issue and keeps on helping the needy because the world needs more good Samaritans like him! Kudos!