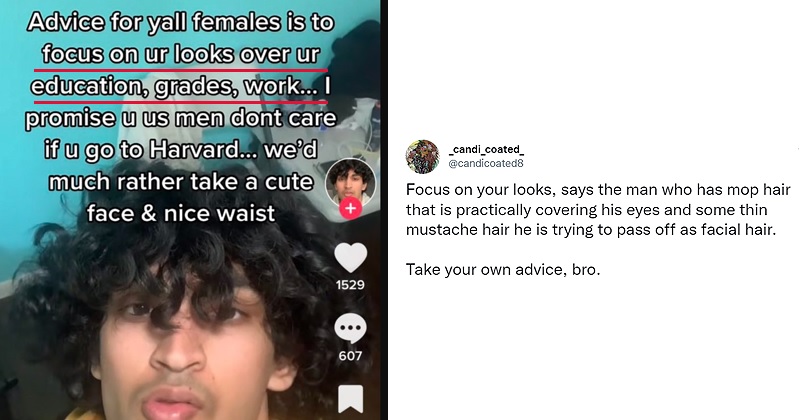 In the modern times, women are scripting history by achieving success in many fields and breaking myths by doing things which were never expected from them. Though a considerable part of males in the society has understood and accepted the fact that women are equal to them and they deserve to make their own identity in this world, there are few who are still living in the old times and feel that women are only supposed to do things which make men happy.

The woman of today is determined to study, work and be financially independent but there is one person by the name of Avaneesh Kanala who is a TikToker and in his videos, he advises women to focus more on their face and waist rather than on a degree or job because men don’t care about it. 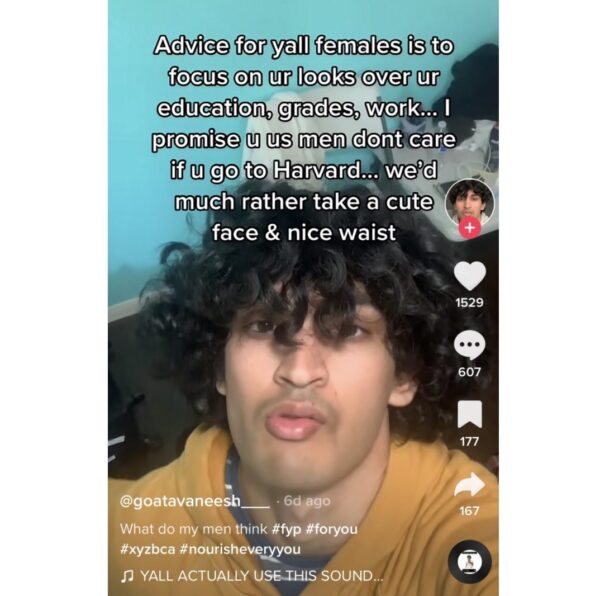 He tells women not to worry about their studies, grades or work because any man would prefer a girl with cute face rather than good grades. 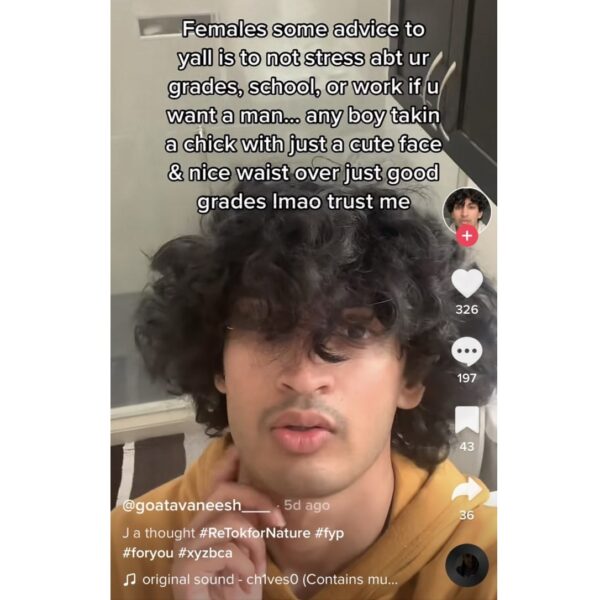 One Twitter user shared the screenshot of his videos on the micro-blogging site Twitter and soon people started slamming him for his views and some even felt sorry for the women who have to live around him.

I feel sorry for the women who live around him

i love it when boys who have nothing better to do w their lives except “give females advice” on how to devote their lives to boys who don’t deserve rights speak 😩 pic.twitter.com/e4JBVCWfXB

Focus on your looks, says the man who has mop hair that is practically covering his eyes and some thin mustache hair he is trying to pass off as facial hair.

Take your own advice, bro.

i can't think of anyone less qualified to give advice ab women than him 😭😭😭 pic.twitter.com/aEt0vF2C5c

another episode of men and their problematic heteronormative view of women,,, https://t.co/ZKQ9GOxNr0

hes too ugly to be getting all this clout

I feel bad for his poor mom who had this sorta shitfk of a son. Bhagwaan aap ko sadbuddhi de aunty ko https://t.co/oZcyruGIfM

he looks like a mixture of shaggy, gravy, and that one image from the game boy camera

The guy seems to be very narrow-minded? What do you think about him? Let us know your views.

This Punjab Woman Began Start-Up At The Age Of 90, Appeared On KBC With Amitabh
All You Need To Know About Personal Loan EMI Calculator