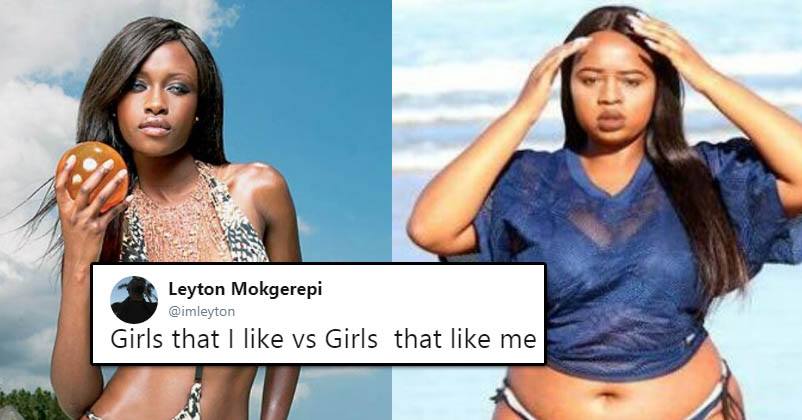 Memes are a medium to express oneself in the online world in a better manner as compared to merely text. What’s more, it is easy to add humour through memes but some caution should be practiced while creating memes as they can hurt someone’s sentiments too.

Leyton Mokgerepi, a person from South Africa’s Midrand, body-shamed a curvy model in an attempt of adding some humour to his post but he got an awesome reply from the same girl. 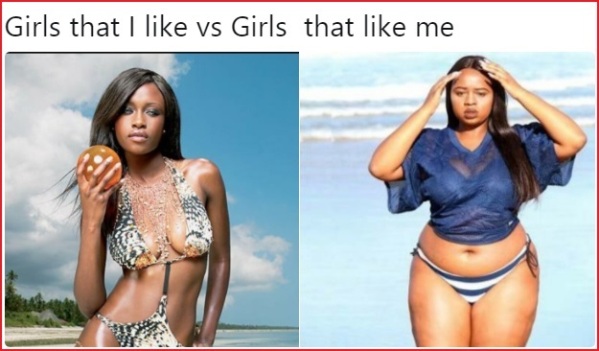 Twitterati soon reacted by trolling the man and here are few tweets:

And this is YOU:

However, there were some who supported the man by saying that it’s his personal preference:

Not sure why this dude is getting hate, he can't have a preference? Obesity is not ideal from an evolutionary standpoint.

he likes thinner women, it's a personal preference.

Lesego Legobane, the same plus-size model who was featured in the meme, also saw it and gave a kickass reply. She wrote, “I don’t like you!”.

This was a perfect reply from Lesego Legobane and to her surprise, her tweet was retweeted for more than 280,000 times and received 887,000 likes.

Leyton was trolled by Joëlle Kayembe also, the other model in the meme. She tweeted, “As if the world needed another example of an obnoxious @$$.”

As if the world needed another example of an obnoxious ass' 🙄 https://t.co/77WA0OFGfs

Leyton tried to control the damage by tweeting another meme, the caption of which was “Girlfriend Goals”; however, things were out of control by then.

Well, that was a nice roast and we hope that others will take a lesson from this episode!

From Being A College Dropout To Having A Million Dollar Company! Meet The OYO CEO Ritesh Agarwal
Shirish Trolled By Wife Farah After Sharing A Childhood Post! He Hilariously Trolled Her Back!