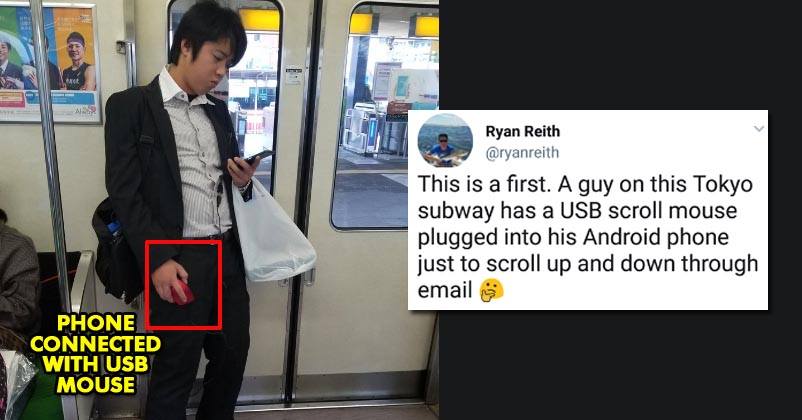 Twitter is a mirror to the regular happenings of the world. It lets you know about all kind of weird and interesting updates happening around.

In a regular job to home, home to job life you can never know about what’s happening outside your city or country. But here’s Twitter where you can know about and connect with people around the world.

This is a first. A guy on this Tokyo subway has a USB scroll mouse plugged into his Android phone just to scroll up and down through email 🤔

This is a first. A guy on this Tokyo subway has a USB scroll mouse plugged into his Android phone just to scroll up and down through email 🤔 pic.twitter.com/0VUN5BLI4j

In case the picture doesn’t load, see below- 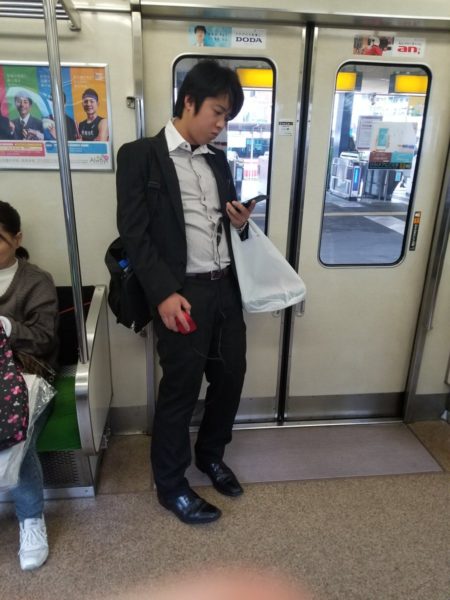 As soon as he shared, it went viral on Twitter with tens of thousands of likes, RT’s and hundreds of people reacting to it. See the reactions below-

Is that a full QWERTY keyboard in the plastic bag?

Digitizer gone bad? I don’t know how else to rationalize this.

What's next, a retro handset? 😁 pic.twitter.com/zGwYpZaxXR

been there done that, twice coz my phone screen broke and don't have enough money to repaired

I'm with the guy. I hate touch screens. I've used a mouse & keyboard with my Android tablet & damn, it's like an actual productive computer.

Confession: I have done this. So many apps/webdevs override scrolling, make it difficult/unpleasant. Scrollwheel helps fix their failures.

Nothing wrong with this. See me on the Hibiya line with this setup if you disagree! pic.twitter.com/1fb7414IAt

Well, my touch screen is not working properly since sometime now. I think even I should try this one. Are you going to try it?

China Lost Control Over Its 7700 KG Space Station, All Set To Crash On Earth
BJP Govt Wants This Scene To Be Deleted From Actor Vijay’s Movie “Mersal”. Dirty Politics Again?