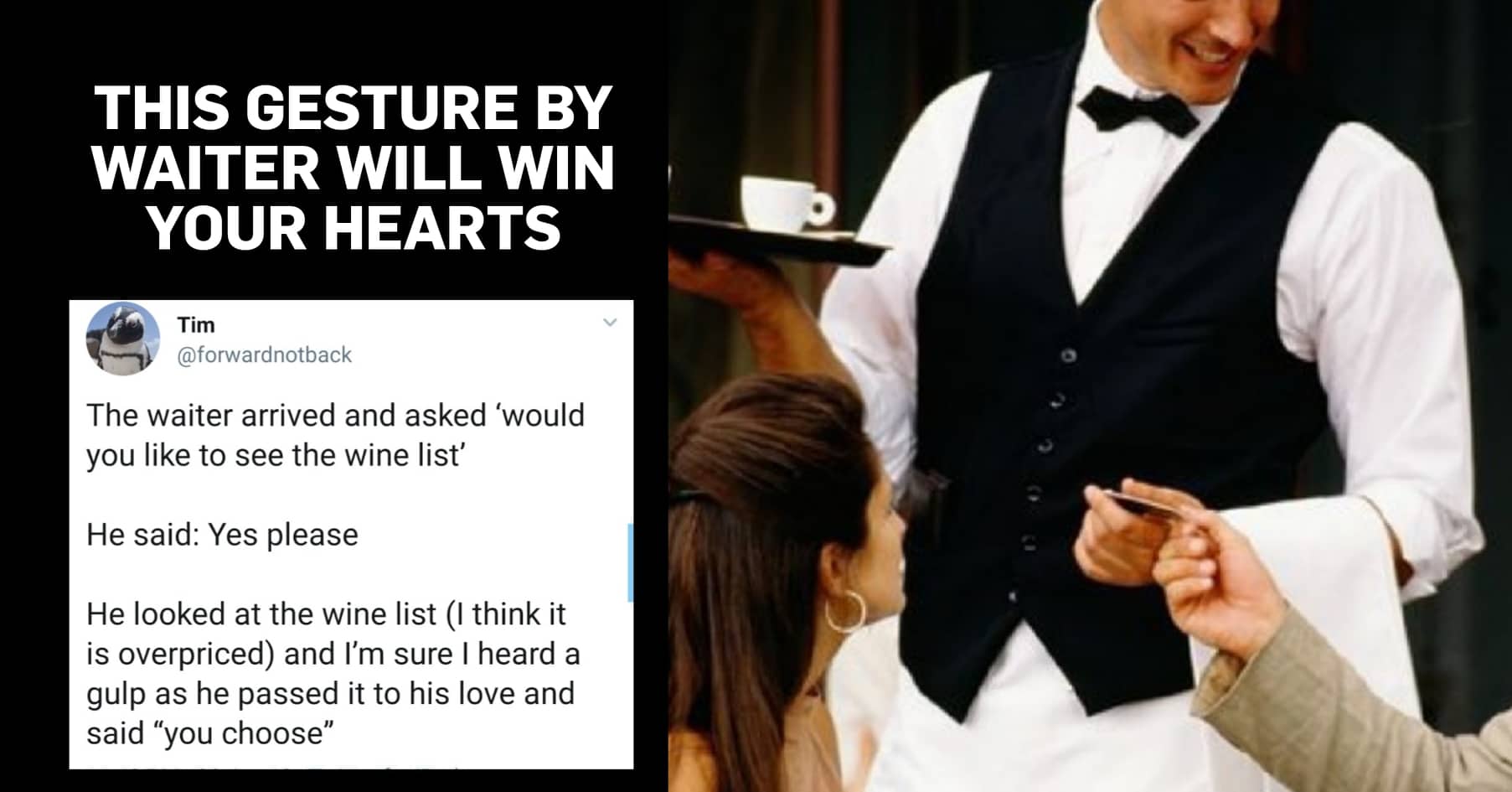 Taking a girl on the first date is a very important moment for a man as he wants everything to be just perfect, in fact better than that. A person should never try to show-off and instead behave naturally if he really wants everything to be great but sometimes taking extra pain in making the date memorable can also bring positive results.

A Twitter user Tim (@forwardnotback) was eating his dinner at a somewhat costly place when he noticed a young couple. He could make out with their expressions that most probably this is their first date and he could also understand by observing the man that he was slightly nervous because of the high prices of meals and his promise of paying the complete bill. However, the hero in this episode is the waiter who did something truly selfless.

Tim has described the complete incident beautifully through tweets. Read to find out what happened:

She blushed as she asked “are you sure”

He replied “of course”

The menus arrived and her smiling face turned very serious

She said: We could share a starter
Him: No you have one – I will just have roast beef
Her: me too
Him: Have whatever you want

The looks they gave each over across the table were amazing

Now this is not what the young man would have hoped, waiter came with the wine list:

It is not every day we saw a girl asking repeatedly to divide the bill in half, which makes one thing clear that she is quite smart and intelligent who understands a guy’s situation. 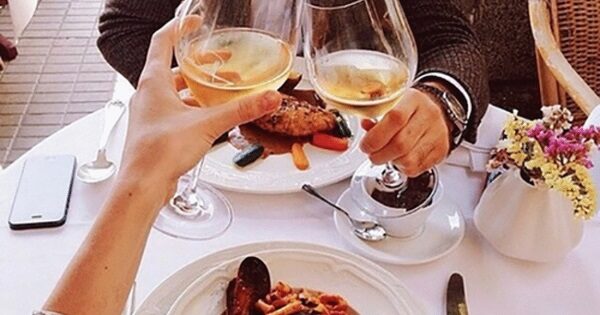 We have to praise the man also as he is not getting angry despite repeated attempts made by the girl to pay half of the bill as many men may take it as an insult. The man is determined to make this moment memorable for the girl and doesn’t mind making a hole in his pocket.

The waiter returns: “have you decided yet”

Him: I’ll have roast beef and a glass of water please
Her: Me too
Him: Please have wine or they do cocktails
Her: I’m fine with water, we can go to a pub after – my treat

She smiled (again) and raised her glass

The waiter is an amazing person, what do you say?

And so was the waiter …

I was close to hugging the waiter

Her: Really that would be lovely

I asked the waiter for the bill

He replied: “we’ve all been that young man”

If you are one of those who are convinced that there are no good people left in this world, let us tell you that you are wrong and some great human beings are still walking on the Earth. Tim’s tweets have been retweeted more than 10,000 times and we request you to do the same and spread positivity.

That waiter is a hero. Hope karma rewards him generously

When we're all feeling rather jaded, your insightful observations remind us there is still good and innocence in the world. Thank you.

This was a beautiful story. So glad that people like that waiter, and that manager and you, for telling us this story still exist. And so so glad that men like that young man still believe in courting a woman!!! There’s hope.

What a wonderful observation, and thanks for sharing. As someone who was recently on a first date after many, many years, I can identify with this. The rest of the story? Well, let’s just say it’s evolving……

I have a lump in my throat and tears in my eyes! This was the loveliest lunch break read! Thank you.

I've got something in my eye 😭

What a beautiful incident narrated amazingly! Have you ever witnessed any such thing? Share with us.

Parineeti Chopra Wore A See -Through Top, Got Trolled Like Never Before.
Priya Varrier’s Hot Photo with Roshan Abdul Rahoof Goes Viral, We Can’t Take Our Eyes Off The Pic