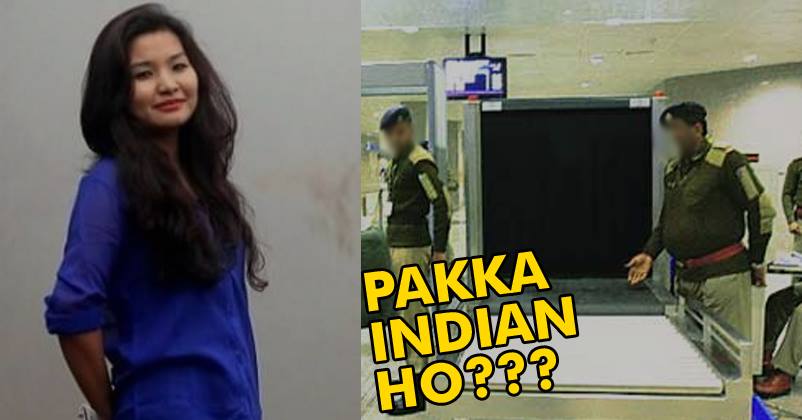 There is a saying that goes as ‘Unity In Diversity’. Some people adhere to it, and some just completely mock it. India is a country of 29 States and 7 Union Territory. These statistics do prove that India is not a place of just one religion, caste, community or creed. We as Indian can only stand if we are united. No matter how different we look or follow a religion or culture or have different tradition, one thing that unites us all is our identity, INDIAN ! ! In a recent incident a Manipuri woman Monika Khangembam, a recipient of a prestigious award from the US Embassy, alleged late on Saturday that an immigration official at Delhi’s I.G.I Airport tossed racist remarks at her when she was on her way to Seoul for a conference to represent India. Monika Khangembam took this incident on her Facebook Wall and showed her disappointment by writing that when she went to the immigration desk at Indira Gandhi International Airport around 9 PM on Saturday, an official checked her passport and asked, “Indian toh nahi lagti ho” (you don’t look like an Indian).
He then allegedly smirked at her and shamefully asked her about the number of states in India, in an attempt ‘to find her degree of Indianess’ Later on he again asked her about her identity and from where did she come from. She did reply him that she was from Manipur. After replying to his questions, he again tried to inquire her by asking about the number of states with which Manipur share its borders.

When she insisted and showed her concern that she was getting late for her flight, the official told her that “aircraft aapko chodke kahi nahi jaa rahi. Aaram se jawab do” (the aircraft won’t leave without you. You can answer at ease)

Have a look on her Facebook Wall where she expressed her disappointment ! !

After this incident, Monika Khangembam in an interview stated that, “This is racism and bullying, but I will not let it hamper my spirit and my trip to Seoul.”

Monika Khangembam is the only Manipuri to be selected for this event in Seoul. The program’s objective is to promote education for women and gender equality in Asian and African countries by empowering women working in N.G.O public sectors and by nourishing the next coming generation of women leaders.

If we observe some past records then this is not just one incident. There have been a lot of reports of harassment and racism against the people of Northeast by the immigration officers that have gone unreported in the past. But will there be an action against racist officers and will there ever be an end to this? Few people commented against her saying this is not racism, which made her made another post on Facebook explaining exact scenario:-

Share your views about this incidence and do share this story because, ‘United We Stand, Divided We Fall’

Heights Of Insensitive Journalism! Journalist Reported Live From Grave! Twitterati Got Too Furious!
This Guy Used Hard Core Abusive Language For Netflix On Twitter! You Can’t Miss Out Netflix’s Reply To It