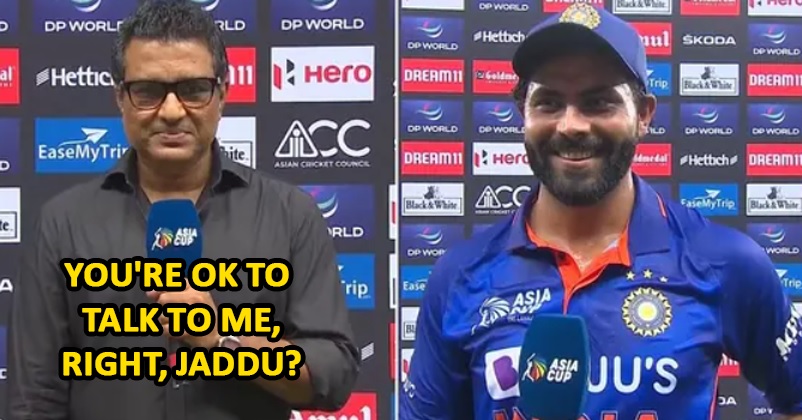 The Indian all-rounder Ravindra Jadeja played an important role in India’s victory as he played a useful knock of 35 runs (29 balls, 2 fours & 2 sixes) in yesterday’s match against Pakistan in the Asia Cup 2022 which was played at Dubai International Stadium. Ravindra Jadeja came to bat when India needed 59 runs of 34 balls to win the match but he got out on the first ball of the last over. 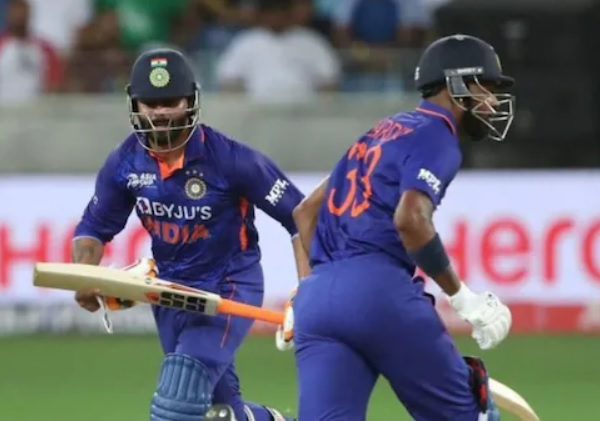 After the match during the presentation ceremony, the former Indian cricketer Sanjay Manjrekar was assigned the task of interviewing Ravindra Jadeja and the first question that the former asked was not at all related to the match but it certainly brought smiles on their faces.

If you remember, Sanjay Manjrekar and Ravindra Jadeja got into war of words on the micro-blogging site Twitter during the ICC World Cup 2019 when Sanjay Manjrekar called the Indian all-rounder a ‘bits and pieces’ cricketer.

At that time Sanjay Manjrekar tweeted, “I am not a big fan of bits and pieces players, which Jadeja is at this point of his career in 50-over cricket. In Test matches, he is a pure bowler. But in 50-over cricket, I would rather have a batsman and a spinner.”

Soon the left-handed all-rounder responded with, “Still I have played twice the number of matches you have played and I am still playing. Learn to respect people who have achieved. I have heard enough of your verbal diarrhoea. @sanjaymanjrekar”

Still i have played twice the number of matches you have played and i m still playing. Learn to respect ppl who have achieved.i have heard enough of your verbal diarrhoea.@sanjaymanjrekar

Though they had few interactions on Twitter in the last three years, they were on a lighter side and since then, this was the first time they were coming face to face. 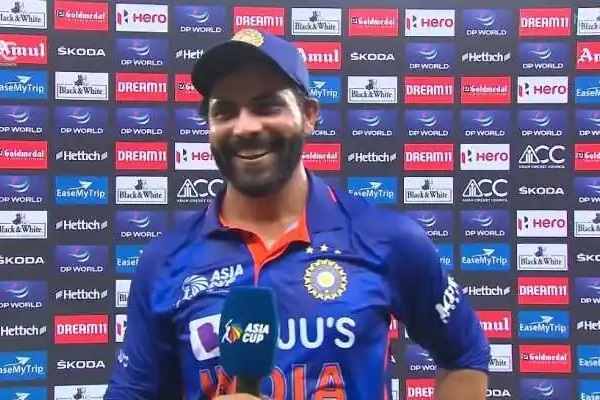 Yesterday, the first question that was asked by Sanjay Manjrekar to Ravindra Jadeja was, “You’re ok to talk to me, right, Jaddu?” and in response, Jadeja said smiling, “Yeah, absolutely. I don’t have any problem”.

Talking about his partnership with Hardik Pandya, Ravindra Jadeja said that they wanted to play till the end, their fast bowlers bowled really well. He added that Hardik wished to play his shots and he is happy that Pandya stayed till the end of the match.

The Indian fans are very happy with this triumph of team India as they wanted their team to take revenge of the defeat which India suffered against Pakistan in the ICC T20 World Cup 2021.

Hardik Pandya’s Confident Gesture After A Dot Ball In INDvsPAK Last Over Is Going Viral
“Get To 70-80 & Then Go For Big Shots,” Gavaskar Slams Virat & Rohit For Silly Dismissals