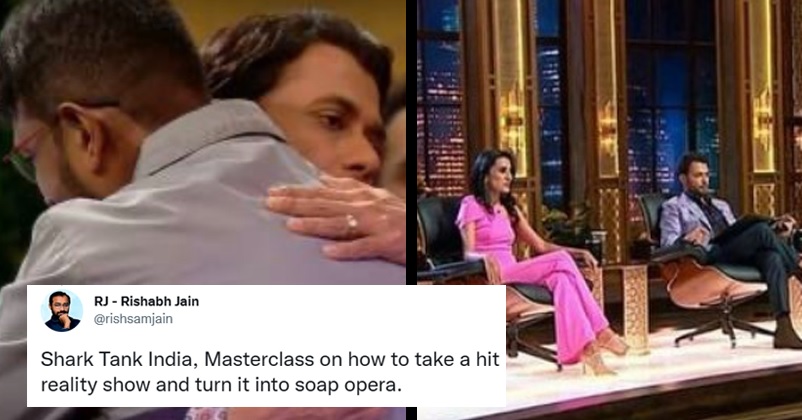 There is no denying the fact that the business reality show Shark Tank India has given a platform to budding entrepreneurs to showcase their products and services and attract the investors by making a good pitch in order to grow their businesses but the second season of the show is getting slammed for few reasons. 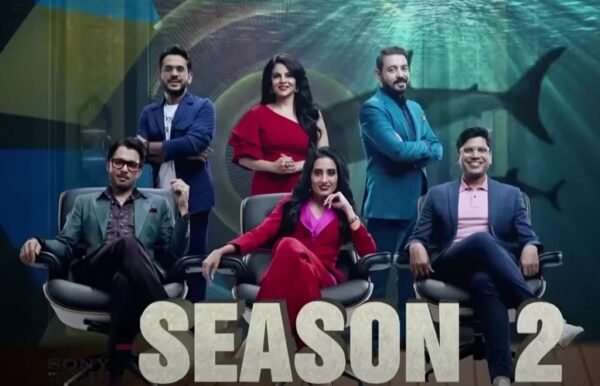 While audiences are missing the former shark Ashneer Grover on the show, many are complaining that Shark Tank India has turned into a soap opera especially after the episode in which Namita Thapar refused to invest in a company just because it was competitor of her friend and fellow Shark Vineeta Singh’s company – SUGAR Cosmetics.

One Twitter user whose id is “RJ – Rishabh Jain” has slammed the show and the sharks in a series of tweets; he has criticized the sharks for making judgments on the low profit margins of pitching businesses despite the fact that their own companies are making huge losses.

Shark Tank India, Where sharks sit on 1000s of crore of loss yet judge low-profit margin of pitching businesses.

In another tweet, he trolls the sharks for not investing in each other’s competition and also for bringing nepotism on the show.

Shark Tank India, Where sharks do not invest in each other's competition, Bringing nepotism to national TV

In one tweet, he expresses his unhappiness over the fact that many people watch the show for inspiration but what they get is on-air emotional drama and off-air controversies.

Shark tank India, Where millions tune in to find inspiration, but are left with on-air emotional drama & off the air controversies.

He is also not happy with how the hit reality show of the first season is now turning into a soap-opera.

Shark Tank India, Masterclass on how to take a hit reality show and turn it into soap opera.

He also refers to Gazal Alagh’s Mamaearth which has turned profitable last year only as it earned Rs. 14 crore profit in last financial year but it is going for an IPO which is valued at Rs. 24000 crore.

Shark tank India, where appearance as a shark gives you the audacity to demand a $3B IPO valuation for raman profitable business.

While some Twitter users agreed with him completely, few agreed partially and there were several others who asked why he has so much hate for the show and the sharks. Here are some selected reactions:

Truth ! & that's the reason, I have stopped watching #SharkTankIndiaS2

Shark Tank is great platform for entrepreneurs to showcase their ideas and Its better than saas bahu serials yes your some facts are true. Kind of show we needed for awareness We know all the show they need TRP. These days I can see youth talking about Startups. Its a good sign.

Even some sharks pay to feature them in news, to a point it becomes spam. You know who.😉

No Mamaearth was harmed here 😅

It’s an entertainment show, raising public awareness and interest in entrepreneurship. Businesses will have better luck approaching local banks if they want some scale, real VCs if they want faster scale. If they appear on Shark Tank they get PR. I think they understand the deal.

It is a marketing pitch for the new entrants. Also some education for its viewers. However agreed on the fact you mentioned above. But no major harm in knowing these details, right.

I like the show just wished ,that they made it less soap opera type , and also the fights between sharks seems immature and something I doubt if it was planned.

What is your take in regard to Shark Tank India? Do you agree with the Twitter user’s opinion? Share your views with us.